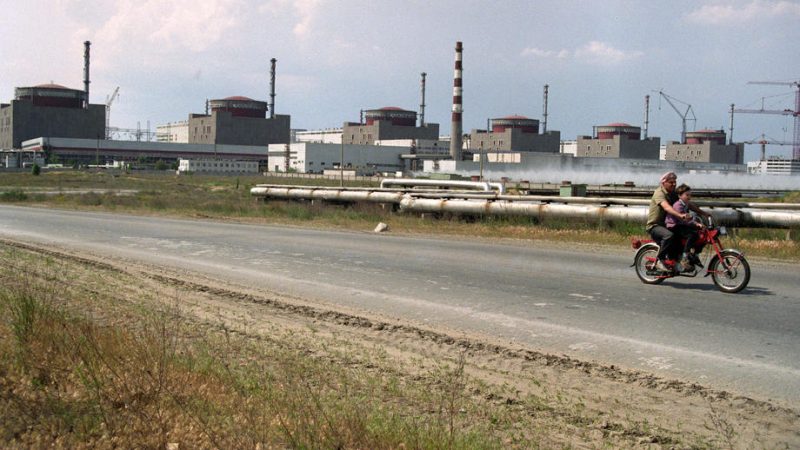 Ukraine has 15 nuclear reactors and the largest nuclear power station in Europe, Zaporijia, which has already been hit by fighting between Russian and Ukrainian forces. [EPA-EFE/SERGEI SUPINSKY]

Ukraine fears that the agreement on the safety of nuclear power plants it is negotiating with Russia will be used by Moscow as a future “tacit recognition” of its control of the facilities according to the UN Agency for Atomic Energy.

“They [Ukrainians] do not want to sign a document that can be used in the future by the Russian side as a tacit recognition of the Russian presence,” Rafael Grossi, director of the International Atomic Energy Agency (IAEA), told Lusa in an interview.

“We are in a very complicated negotiation because it is natural that a framework agreement, even a very general one, should not be a political instrument of recognition of a reality that is not possible to be accepted by the Ukrainian side,” he said.

Ukraine has 15 nuclear reactors and the largest nuclear power station in Europe, Zaporijia, which has already been hit by fighting between Russian and Ukrainian forces.

This, the IAEA director stressed, is “a truly unprecedented situation” in modern history: “an armed conflict, in such a vast geographical area, with nuclear facilities of so many types”, which include nuclear plants, but also radioactive deposits, notably at the Chernobyl plant, scene of the worst ever nuclear disaster in 1986.

Grossi met last week in Turkey with Russian foreign minister Sergei Lavrov and Ukrainian counterpart Dmytro Kuleba, proposing an agreement around a nuclear safety framework specific to Ukraine, which is being negotiated.

“They were in-depth, constructive meetings with the two ministers, Lavrov and Kuleba. We talked about it, and I have a minimum basis of acceptance of joint work with the agency and of the need to establish a clear basis of respect for the seven principles, as I defined, of nuclear safety, but also of possible facilitation of IAEA technical assistance teams site,” Grossi told Lusa.

The UN agency wants to ensure the physical presence of its experts at these facilities, but only after a framework agreement between the two countries.

According to Grossi, the proposed text includes general principles of nuclear security, such as respect for the physical integrity of the installations, preventing them from being attacked by the military.

Other principles include the security of the external electricity supply, communications and working conditions for employees, all essential issues to prevent a nuclear accident, but which have been affected during the war.

“I am ready to travel [to Ukraine] personally. I have said clearly [to both parties] that I will not put my people [on the ground] before going personally. This general framework comprises political and protection commitments that are indispensable,” said Grossi.

“Without these minimum guarantees, I don’t think, as director, I could send people into a perilous space,” he said.

“That is why I am striving to find that political and diplomatic reference point to obtain a framework that is very necessary,” he added.