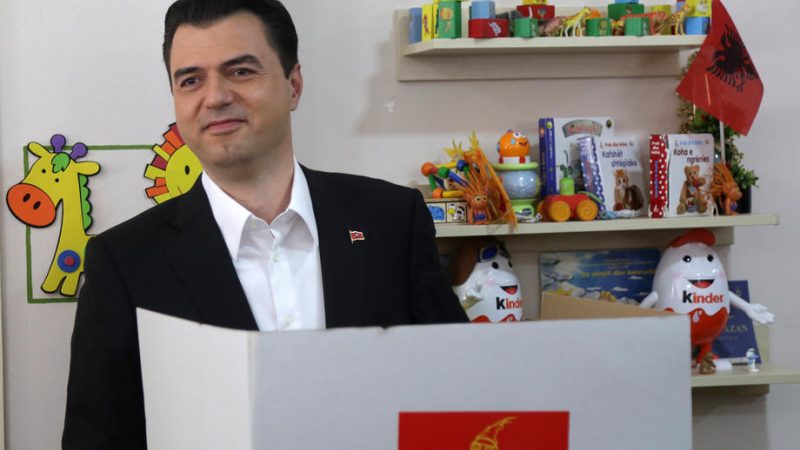 It was another divisive weekend for Albania’s Democratic Party as Chairman Lulzim Basha, and founder, ex-president and prime minister and persona non grata in the US, Sali Berisha, both held votes to oust the other.

Berisha was declared non grata by the US for “significant corruption” in the summer and following his election to parliament at the April general elections, pressure from the EU and US-led to Basha excluding him from the PD’s parliamentary group. Berisha vowed to fight back and oust Basha as chairman, aiming to take the party’s reins once again.

Last weekend, Berisha held an assembly in the national stadium where 4934 people voted to oust the chairman. Basha held his own vote on Saturday (18 December) where the party’s highest decision making body voted to nullify Berisha’s decisions made the previous week. They also voted to bar anyone who is non grata in the US from holding executive posts within the party.

Berisha claimed that 4934 people voted with him on 11 December, while Basha claims that 5004 voted with him. There are only 7646 people in the PD National Assembly, meaning that either some people voted in both votes, or there are some inaccuracies with the tallying.

Also on Saturday, Berisha held a nationwide referendum for over 75,000 registered party members. Some 43,385 are reported to have voted, with 98.8% voting to oust Basha.

While neither side of the warring faction recognises the other, Basha remains the chairman of the Democratic Party and retains his position as the leader of the main opposition in parliament. The referendum’s outcome suggests he could have lost support from the majority of the party membership. However, he still enjoys the confidence of the executive committee, parliamentary group, and regional leaders.

Berisha maintains that his being declared non grata was lobbied for by Prime Minister Edi Rama with the support of George Soros. He has also filed defamation charges against US Secretary of State Anthony Blinken in a Paris court.

The situation will remain tense, with both sides claiming legitimacy until one or the other gives up, or the next elections.