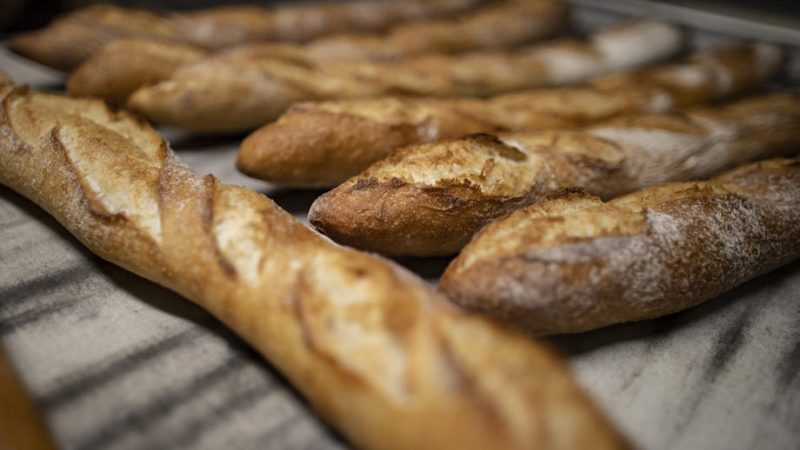 As Europeans deal with the current electricity and fuel prices explosion, French consumers might see another extra expense added to their bills with a hike in baguette prices. [EPA-EFE / IAN LANGSDON]

The emblematic French loaf might see its price increase by 5 to 10 cents due to rising energy prices and this year’s difficult weather conditions in Europe, Canada, Russia, and the US, which drove wheat prices to their highest level since 2012.

“All indicators are on red alert: wheat, flour and energy prices, wages, packaging”, Dominique Anract, president of the French confederation of bakery and pastry industries, told FranceInfo earlier this week.

As Europeans deal with the current electricity and fuel prices explosion, French consumers might see another extra expense added to their bills with a hike in baguette prices, the news channel reported on Tuesday.

The rise is partly attributed to poor yields. Due to difficult weather conditions, this year’s wheat harvest was particularly late and of low quality in certain French regions and around the world, the newspaper explained.

Canada and the USA notably suffered from the heat dome that struck in early summer, leading to a “catastrophic” harvest, according to Arthur Portier, an expert on agrifood markets interviewed by FranceInfo. Russia also saw production decline by 10 million tonnes, he said.

Another factor at play is the current inflation on energy prices. As bread ovens run on gas and electricity, bakers are faced with rising bills. The same is true for mobile bakers, faced with rising fuel expenses.

These costs, combined with the necessity to increase salaries (the bakery sector being currently struck by labour shortage) and rising prices on paper (necessary to wrap baguettes but also undergoing a shortage) are expected to be relayed to consumers in the coming weeks.