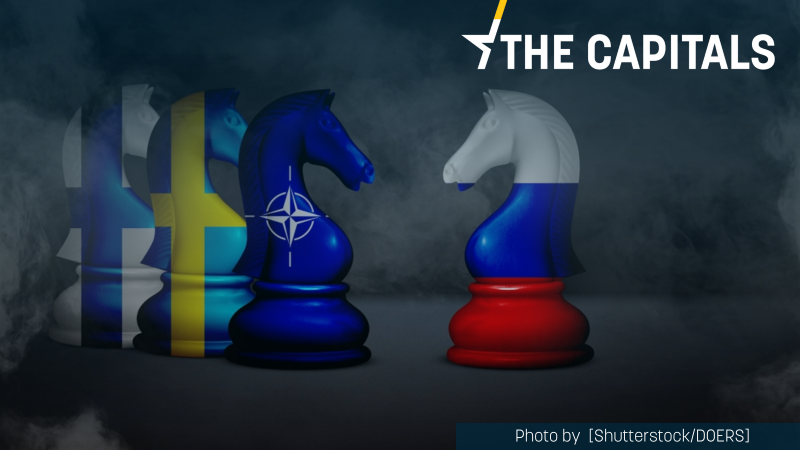 Several economic analysts have noted how Finland is perceived as a country with slightly higher risk during the “grey period” between the NATO application and actual membership.  [Shutterstock/DOERS]

Uncertainty around the NATO membership bids of Finland and Sweden currently blocked by Turkey has prompted international investors to practise caution when considering investments in both countries. As Ankara has started an “oriental bazaar”, tensions with Greece have also escalated, making the situation even more complex.

Several economic analysts have noted how Finland is perceived as a country with slightly higher risk during the “grey period” between the NATO application and actual membership.

Money is not fleeing the country, but now a “wait and see” approach has prevailed. The tourism industry has also seen some cancellations.

Compiled by the newspaper Keskisuomalainen, the message coming from the Nordea Bank, the financial services company Nordnet and the Labour Institute for Economic Research (Labore) is coherent: Before making further decisions, investors need to see whether and what kind of harassment Russia would be ready to inflict.

Speaking at the World Economic Forum in Davos on Tuesday (24 May), the Finnish Minister of Foreign Affairs, Pekka Haavisto from the Green party, said Finland and Sweden are sending delegations to Turkey on Wednesday (25 May), Reuters reported.

According to Reuters, Haavisto remained hopeful in Davos that Turkish security issues could be solved and that some of them are not linked to Finland and Sweden but other NATO countries.

On the table are the arms embargo and relations with the Kurdistan Workers’ Party (PKK).

The ‘oriental bazaar’ and the ‘vulnerabilities’

An EU source close to the matter told EURACTIV that Turkey has been engaged in an “oriental bazaar” and is making a last-ditch effort to get what it can by vetoing Finland and Sweden from joining NATO.

But Turkey is not only eyeing concessions from the two Scandinavian countries. Last week, Ankara escalated its relations with Greece in a series of violations of Greek airspace.

Turkish President Tayyip Erdoğan said on Monday (23 May) that Greek Prime Minister Kyriakos Mitsotakis “no longer exists” for him, accusing the Greek leader of trying to block sales of F-16 fighter jets to Turkey during a visit to the United States.

Both the EU Commission and the US State Department avoided to comment on Erdoğan’s harsh statements.

In the case of Greece in particular, the EU source clarified that it’s an EU member and, therefore, “Turkey cannot ask for anything in return for its blackmail for the simple reason that both Greece and Cyprus have the support of the entire EU.”

But the situation for Finland and Sweden is slightly different.

“Sweden and Finland are also EU members, but in this case, they are more vulnerable because the game is being played at the NATO level, which is not under Europe’s entire control […] the Americans are having a protagonist role in fixing this”, the source said.

The source added that Erdoğan’s pressure is more related to his pending issue with Washington regarding the purchase of F-16 fighters than the issue of “terrorism” in the two Scandinavian countries.

“There is no way for Finland and Sweden, two countries with high rule of law level, to extradite people to Turkey, and the latter knows that”, the source said.

Almost a week after Finland and Sweden handed over their NATO applications to the alliance’s Secretary-General, Turkey continues to oppose the two Nordic country’s accession to NATO.

Sanchez confirmed the attendance of both countries at the Madrid summit on 29-30 June during a conference at the World Economic Forum in Davos, EURACTIV’s partner EFE reported.

At the conference, the Spanish prime minister also underlined the importance of strengthening NATO in the face of Russia’s hostilities in Ukraine, noting that the accession of both countries would strengthen the Alliance and the EU.