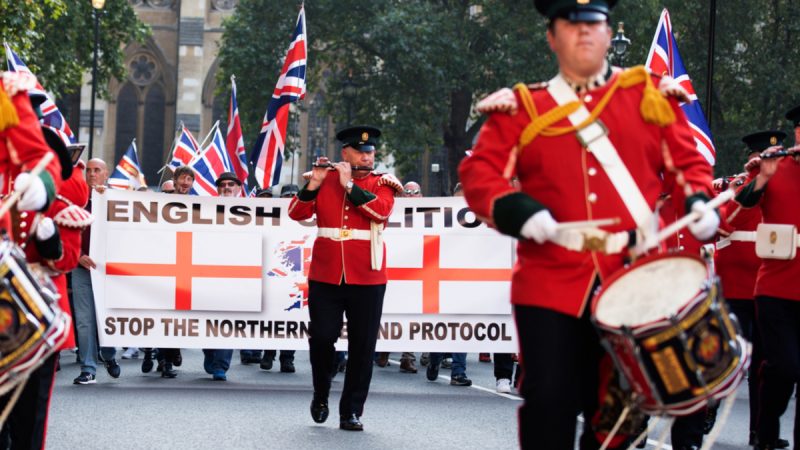 Šefcovic has said the ECJ was mentioned only once on his recent trip to meet business and civil society leaders in Northern Ireland. The EU has ruled out renegotiating the protocol. [shutterstock]

The British government keeps “shifting the goalposts” and rejecting any proposals offered by the EU when it comes to post-Brexit trade negotiations, Ireland’s Foreign Minister Simon Coveney told Irish broadcaster RTÉ on Monday.

Coveney praised the work of European Commission Vice-President Maroš Šefcovic in negotiations, saying that weeks of work had gone into the set of measures that the EU is due to present on Wednesday in response to the ongoing issues.

He also pushed back against UK Brexit Minister David Frost’s recent criticism of the role of the European Court of Justice (ECJ) in adjudicating the Northern Ireland Protocol, asking why the UK had signed up to the deal in the first place if they viewed the ECJ’s jurisdiction over as a “red line”.

Šefcovic has said the ECJ was mentioned only once on his recent trip to meet business and civil society leaders in Northern Ireland. The EU has ruled out renegotiating the protocol.

“The truth is, they know the EU can’t move on this issue, yet they’re still asking for it”, Coveney told RTÉ. “At some point, the EU will say enough, we cannot compromise more, and I think we’re very close to that point now.”

Of the UK’s approach to negotiations, he said “this is being seen across the European Union as the same pattern over and over again. The EU tries to solve problems, the UK dismisses the solutions before they’re even published and asks for more.”