Ireland could face electricity crisis for winters to come 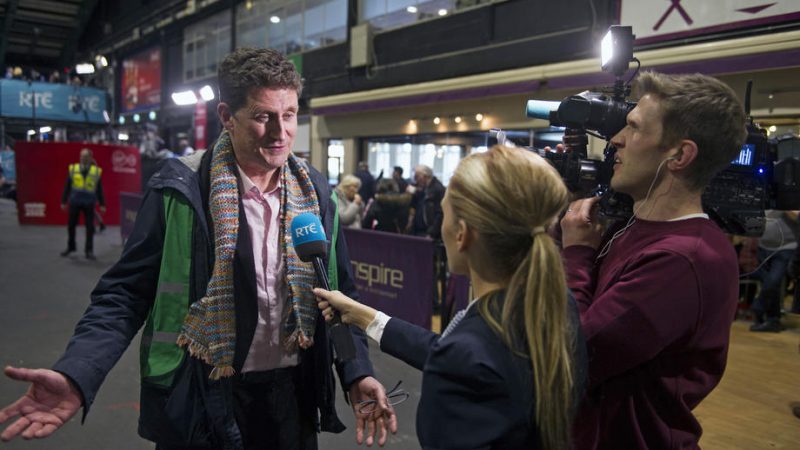 Minister Eamon Ryan said the Irish government could not be “absolutely certain” that there would not be power outages this winter. [EPA-EFE/AIDAN CRAWLEY]

Ireland could face electricity deficits for the next five winters, a report produced by Irish state-owned electric power operator EirGrid has warned.

EirGrid’s annual Capacity Statement, which this year examines the 2021-2030 period, warned that the number of “system alerts” – issued when the energy supply is under threat – recorded across Ireland and Northern Ireland last winter was expected to “increase over the coming winters as capacity exits and demand increases.”

Of particular concern is the low availability of active power plants, on the back of which there exists “an expectation that the coming winter will be challenging”, the statement added.

Speaking on RTÉ radio on Wednesday, Environment, Climate and Communications Minister Eamon Ryan said the Irish government could not be “absolutely certain” that there would not be power outages this winter but that the restarting of activities at two currently out-of-commission power plants next month would “allow us to manage.”

“But this winter and the subsequent winters will be difficult”, he warned.

Taoiseach Micheál Martin told Irish lawmakers that he and the government would make every effort to ensure no power cuts and that homes and businesses would have access to reliable energy supplies.

Ireland has set a goal of supplying 70% of its electricity from renewable sources by 2030. The EirGrid report notes will require “unprecedented change” within the power system over the next decade.

But to avoid shortages this winter, “some” fossil fuels would be needed to reinforce renewables, Ryan also said.

The country’s energy regulator, the Commission for the Regulation of Utilities, is currently in discussions with industry actors over how gas- and coal-fuelled electricity plants set to close their doors in the coming years- might instead be kept open to stave off a potential energy crisis.

“Those fossil fuel plants […] will be turned on when the wind isn’t blowing, or the sun isn’t shining,” Ireland’s environment and climate minister added.