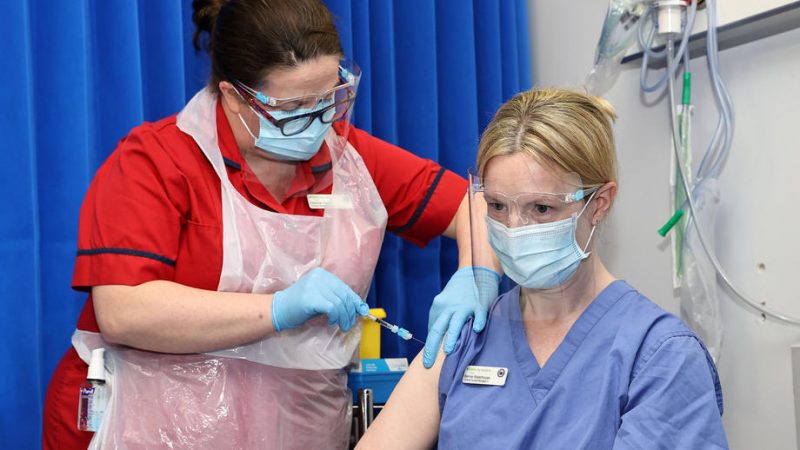 Ireland’s National Public Health Emergency Team (NPHET) will consider introducing a vaccine mandate following the release of an upcoming paper by the Department of Health on the issue’s complexities.

According to newly released minutes from a meeting of the group in mid-December, “NPHET will discuss the issue of mandatory vaccination at a later date and this discussion will be facilitated by a forthcoming paper from the DOH on the relevant ethical and legal considerations pertaining to this topic.”

Some 94% of Ireland’s adult population has received two jabs as of the first week of the year, and the country currently has one of the highest rates of booster vaccines in the EU. Over 59% of people have received their first booster shots as of last week, according to the European Centre for Disease Control.

A vaccine mandate could be needed for “the overall good”, Professor Karina Butler, chair of the National Immunisation Advisory Committee, told broadcaster RTÉ on Monday.

“It’s always preferable if people can look at vaccinations, have the information, and be able to make informed decisions for themselves and get it”, she added. “But there can be situations where making a vaccine a requirement is necessary for the overall good,” she also said.

There is a ready supply of political opposition to the idea, however. Taoiseach Micheál Martin said in December that he opposed the introduction of mandatory vaccinations, arguing that there was no guarantee it would be successful and that the voluntary approach was working in Ireland.

Sinn Féin leader Mary Lou McDonald told RTÉ on Monday that she was against the idea. “The public have voted with their feet in huge numbers and taken up vaccination. A small percentage have not, and that, of course, is their right, but I don’t think you will win people to the desirability of vaccinations by making it compulsory,” she said.

Instead, she added, such a move could prove “counterproductive”, language echoed by People Against Profit lawmaker Richard Boyd Barrett who said it would “undermine trust in public health policy.”

“Making [the vaccination programme] mandatory is the wrong move”, he said on Twitter, adding that the government “would be better ensuring EU suspends patents to ensure cheap supply of vaccine globally.”