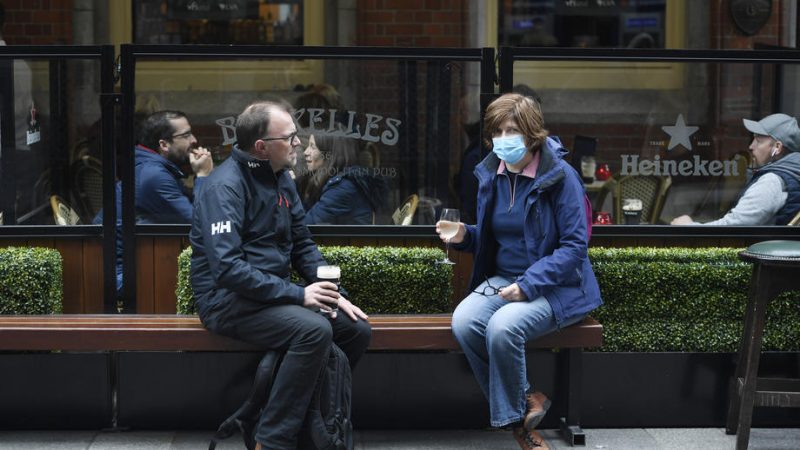 The Irish government has announced that some COVID-19 measures will be extended beyond their planned end later this week. [EPA-EFE / AIDAN CRAWLEY]

Due to rising infection rates, the Irish government has announced that some COVID-19 measures will be extended beyond their planned end later this week.

This Friday was scheduled to see the lifting of all restrictions except for wearing masks in a select number of situations. But a sharp increase in the number of COVID-19 cases in recent weeks prompted concern over the planned phasing out of rules.

The National Public Health Emergency Team (NPHET) told ministers at the meeting that the situation in Ireland is “uncertain and precarious”.

A letter from the head of NPHET to Health Minister Stephen Donnelly said the body had considered recommending that the government implement a “full pause” in lifting restrictions for three to four weeks. They said they did not push for it as they did not believe it “would result in a further easing of measures in November.”

NPHET also warned that limitations might need to be reintroduced. On Tuesday, the government confirmed that it would follow the group’s advice that measures such as social distancing and the wearing of masks be kept in place until February 2022.