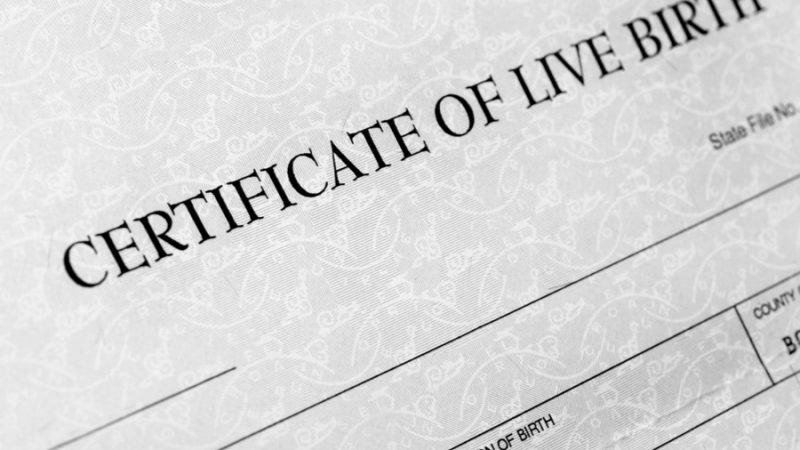 The Birth Information and Tracing Bill will, for the first time, give people over the age of 16 who were adopted the automatic right to request their own birth certificates, medical histories and details about their birth parents. [Shutterstock / Lane V.Erickson]

Ireland will grant adopted people automatic access to their original birth certificates and the identities of their birth parents under a new law published on Wednesday.

The Birth Information and Tracing Bill will, for the first time, give people over the age of 16 who were adopted the automatic right to request their own birth certificates, medical histories and details about their birth parents, even in cases where those parents do not wish to be contacted.

The bill was launched exactly a year after the publication of the Commission of Investigation into Mother and Baby Homes’ final report. The report marked the culmination of a six-year examination of the homes for unmarried mothers and their children which operated in Ireland, mainly under the purview of the Catholic church, between 1922 and 1998.

The Commission found that between 56,000 and 57,000 mothers and children passed through the homes included in the investigation and approximately 9,000 children – 15% of those living in them – died while there. Many children were also adopted, often by families overseas.

To date, adopted people in Ireland have been prevented from accessing their own records on the grounds that this would violate the constitutional right to privacy of birth mothers, a situation described as a “historic wrong”, by Minister for Children, Roderic O’Gorman.

This week’s legislation marks a departure from this precedent; adopted people will still be alerted if their biological parents have expressed a wish not to be contacted, but they will no longer be barred from accessing official documentation of their birth, baptism, and early life.

Instead, the government says, the new bill “will sit within the framework of the Irish Constitution and the GDPR. Importantly, it will strengthen and guarantee existing rights to information and complement the ability for people to access information under the GDPR.”

The legislation also establishes a free “comprehensive tracing service” to help link people with their biological relatives, to be launched before the end of the year, as well as a Contact Preference Register, where people can record their wishes in terms of potential communication with a child, parent or other relative.

The bill is an “absolute priority”, said O’Gorman, adding that “for decades in this country, adopted people have been failed in being denied clear access to their identity information.”

“With this bill, we are restoring to adopted people the information that so many of us take for granted as part of our own, personal stories. The Bill ends Ireland’s outlier status in terms of having legislation that provides access to information about one’s origins.”