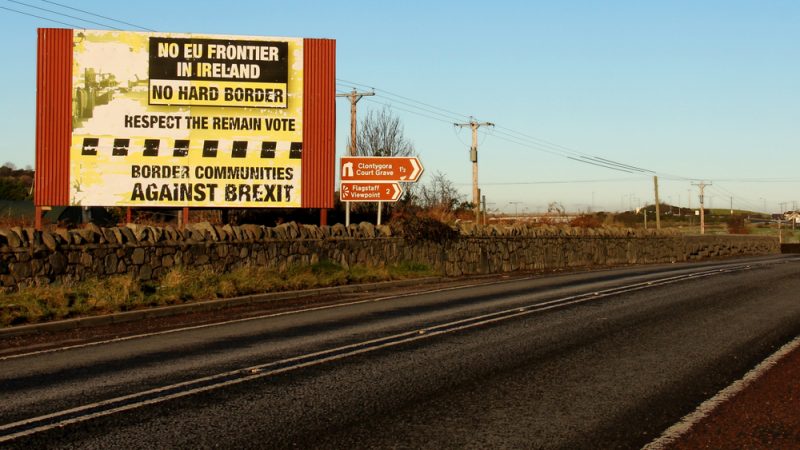 The Irish government is 'anxious' of a repeat of the whole affair, which had sent shockwaves through Dublin, London, and Belfast, Irish broadcaster RTE reports. [Shutterstock/Jonny McCullagh]

Irish representatives will touch base with Commission officials on Tuesday to probe the ins and outs of the EU executive’s shortlived decision to invoke Article 16 of the Northern Ireland Protocol.

The Irish government is ‘anxious’ to avoid a repeat of the affair, which had sent shockwaves through Dublin, London, and Belfast, Irish broadcaster RTE reports.

Reports suggest that the Irish would like to see an alert system established in order to avoid such complications in the future.

The move comes after the European Commission sought to trigger Article 16 of the protocol in a bid to avoid COVID-19 vaccines intended for the EU market finding a backdoor into the UK via the Northern Ireland border.

However, the Commission eventually backtracked and said it would not be invoking Article 16, which would have effectively resulted in additional border checks on the border on the island of Ireland. (Samuel Stolton | EURACTIV.com)