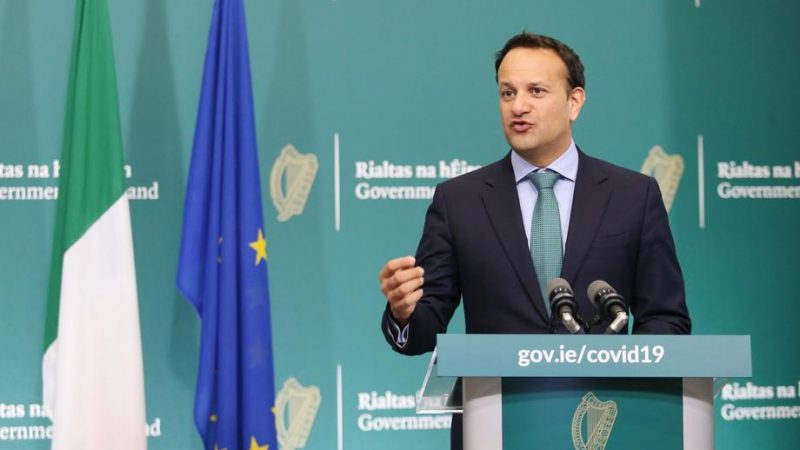 I believe “in the unification of our island and I believe it can happen in my lifetime,” said Deputy Prime Minister Leo Varadkar. [EPA-EFE/Photocall Ireland]

Irish Deputy Prime Minister Leo Varadkar has said he believes “in the unification of our island and I believe it can happen in my lifetime,” the Irish Times reported on Tuesday (15 June).

“The views of unionists must be acknowledged, understood and respected but no one group can have a veto on Ireland’s future. We should be proud to say that unification is something we aspire to. It should be part of our mission as a party to work towards it. We can do so in many ways,” Varadkar told an online meeting of his party Fine Gael.

Varadkar also rejected the “crude vision espoused by Sinn Féin”, which he described as “a cold form of republicanism, socialist, narrow nationalism, protectionist, anti-British, euro-critical, ourselves alone, 50% plus one and nobody else is needed”.

“Unification must not be the annexation of Northern Ireland. It means something more, a new state designed together, a new constitution and one that reflects the diversity of a bi-national or multinational state in which almost a million people are British. Like new South Africa, a rainbow nation, not just orange and green,” he added.

Varadkar further stressed that the Republic of Ireland will have to be on board with these changes: “We have to be willing to consider all that we’d be willing to change – new titles, shared symbols, how devolution in the North would fit into the new arrangements, a new Senate to strengthen the representation of minorities, the role and status of our languages, a new and closer relationship with the United Kingdom,” he said. (Paula Kenny | EURACTIV.com)