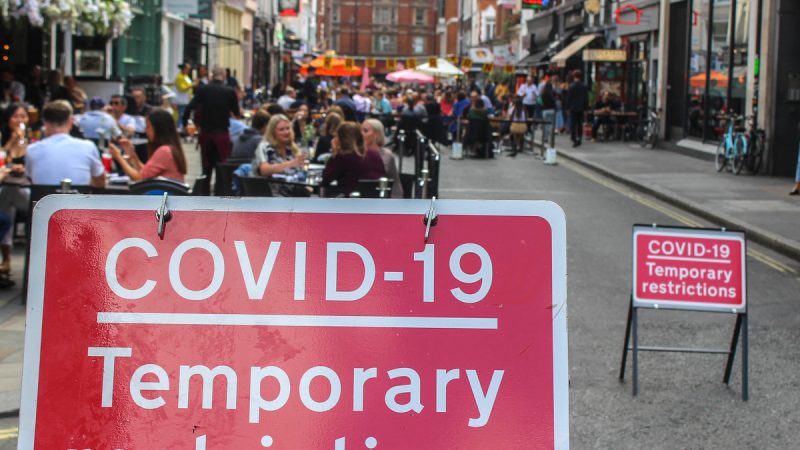 Ireland is set to lift all restrictions, save for the wearing of masks in a select number of settings, on 22 October. [Shutterstock/cktravels.com]

Appearing before a government health committee, Dr Tony Holohan said that while he couldn’t absolutely rule out the return of restrictions, “in broad terms, we are optimistic about the trajectory of the disease at this point in time.”

Ireland is set to lift all restrictions, save for the wearing of masks in a select number of settings, on 22 October.

The shift is contingent on a nationwide vaccination rate of 90%, which has almost been achieved. As of Monday (13 September), 89.8% of the country’s population aged over 16 had received both doses of the vaccine and over 92% had received a first dose, according to the European Centre for Disease Control.

Dr Philip Nolan of the National Public Health Emergency Team (Nphet) said trends in infection rates were declining and following an optimistic scenario laid out by the group earlier in the year.

Holohan added that there is also currently nothing new in terms of variants emerging on the international level that might cause concern.

Both officials, however, sounded notes of caution, pointing out that a movement away from following public health measures and the recent return of children to school could drive an uptick in case numbers.