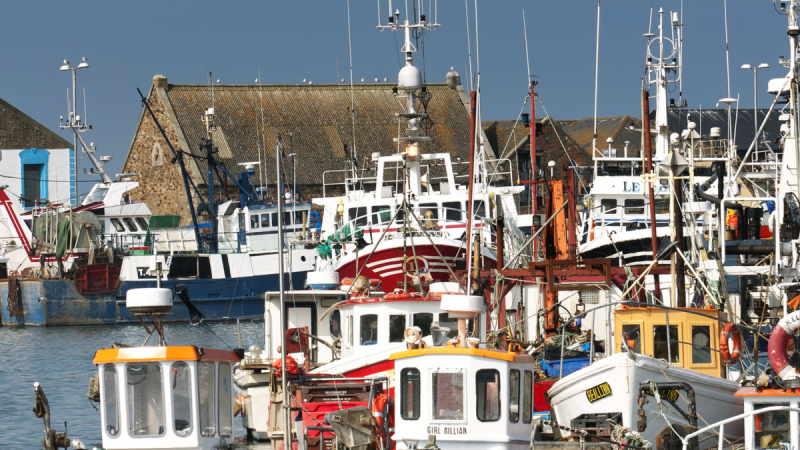 The Irish government confirmed on Sunday that Russia plans to conduct naval and air exercises 240 kilometres off the southwestern coast of Ireland in international waters that lie within Ireland’s exclusive economic zone. [Shutterstock / pgaborphotos]

Representatives of Ireland’s fishing industry have been issued with an “absolute guarantee” by Russia’s ambassador that their work will not be impacted by Russian naval exercises scheduled for next week.

The Irish government confirmed on Sunday that Russia plans to conduct naval and air exercises 240 kilometres off the southwestern coast of Ireland in international waters that lie within Ireland’s exclusive economic zone.

While legal under international law, Ireland’s department of foreign affairs said the exercises were “not welcome and not wanted”, in light of tensions over a feared Russian invasion of Ukraine, and that it had raised concerns with Russian authorities.

A notice issued by the transport department this week advised fishing boats that the drills would begin on 3 February and last five days. Vessels should be aware of “serious safety risks” in the area and avoid entering it, adding that Russia had indicated that the exercises would involve the use of naval artillery and rocket launches.

Some in the fishing industry have criticised both the exercise plans and the transport department’s notice, which was described by Patrick Murphy, CEO of the Irish South and West Fish Producers Organisation as a “disgrace”, broadcaster RTÉ reported.

He said many trawlers will be in the area from the start of February, adding, “if they come into contact with us, it is them who are endangering the Irish boats by their actions.”

On Thursday, a group of industry representatives gathered at the Russian Embassy in Dublin to discuss the issue with ambassador Yury Filatov, who earlier this week said the exercises were “nothing to be concerned about”.

Chief executive of the Irish Fish Processors and Exporters Association, Brendan Byrne, told Irish media following the meeting that “there is a pathway for coexistence for the naval exercises and for our fishing fleet” and that there would be a “buffer zone” between the two when the drills begin.