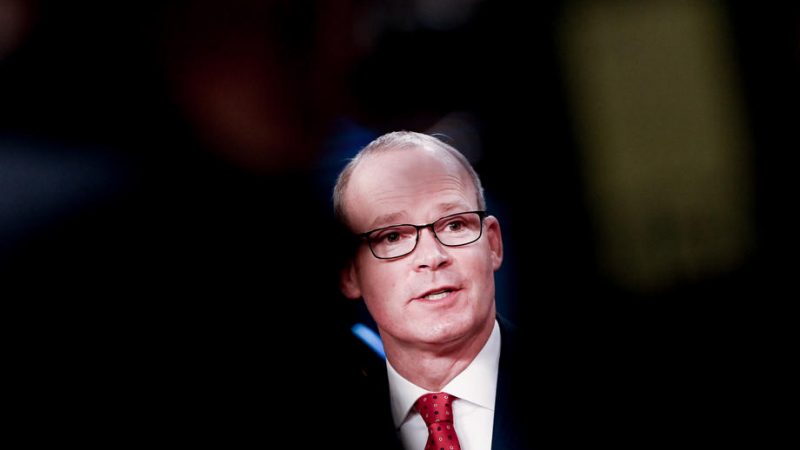 The controversy has caused turmoil within Fianna Fáil, as well as between it and the government’s two other coalition parties, the Greens and Fine Gael, to which Coveney belongs. [EPA-EFE/Filip Singer]

The no-confidence motion, to be presented by opposition party Sinn Féin over his controversial appointment of Katherine Zappone to the position of a UN special envoy, will be debated on Wednesday, once the parliament reconvenes following its summer recess.

Coveney stands accused to have sought to appoint Zappone as UN special envoy for freedom of opinion and expression without having previously informed Prime Minister Micheál Martin and for having deleted texts relating to the process. Sinn Féin has described the appointment as “cronyism”.

The controversy has caused turmoil within Fianna Fáil, as well as between it and the government’s two other coalition parties, the Greens and Fine Gael, to which Coveney belongs.

Coveney has appeared before the Irish parliament’s Foreign Affairs Committee twice to try to explain the situation, apologising during his second hearing for the “sloppiness” of the answers he gave at his first.

The Irish foreign minister maintains that the ex-government minister, who turned the job down in August following criticism over both the appointment and an event she organised, which initially appeared to have broken COVID-19 restrictions, did not lobby him for the position.

Martin has resisted calls to remove Coveney, citing the fact that Ireland holds the UN Security Council Presidency this month as a factor. A whip has been imposed on parliamentarians from Fianna Fáil, Martin’s party, who face a six-month suspension if they vote for, or abstain from, the motion.