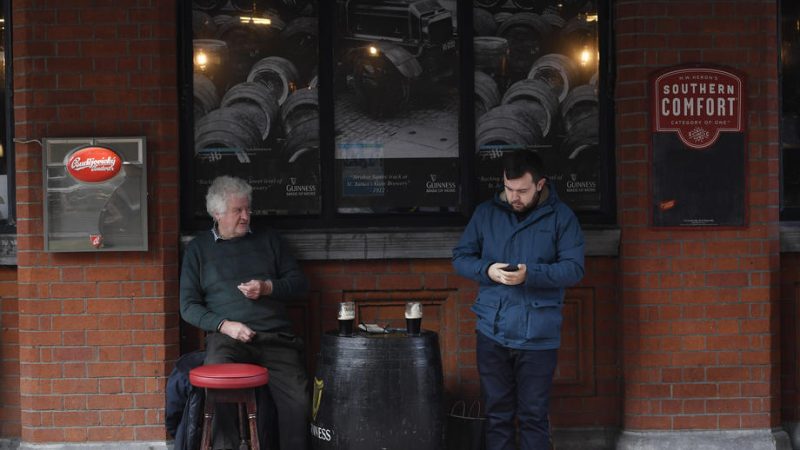 At a Tuesday evening meeting, the Cabinet subcommittee on COVID-19 heard from health officials that the virus was moving in a worrying direction. [EPA-EFE / AIDAN CRAWLEY]

Pandemic restrictions are unlikely to be reintroduced despite growing concerns over infection rates in Ireland, government ministers have indicated.

At a Tuesday evening meeting, the Cabinet subcommittee on COVID-19 heard from health officials that the virus was moving in a worrying direction. Ireland’s Chief Medical Officer, Dr Tony Holohan, told ministers that he was “increasingly worried about the rising incidence of the disease nationwide.”

Health Minister Stephen Donnelly on Wednesday said that the number of cases recorded in the past week was the fourth-highest since the beginning of the pandemic and added that “it is going to get worse before it gets better.”

However, Minister for Environment, Climate and Communications, Eamon Ryan, said that he did not think there would be a reintroduction of restrictions, most of which were lifted last week in the final stage of Ireland’s phased reopening.

Instead, he said, the responsibility to take precautions lies at an individual and sectoral level. “The virus is out there at scale, and for all our interests it’s best to put simple measures in place, but I don’t think there’ll be a return of restrictions”, he said.