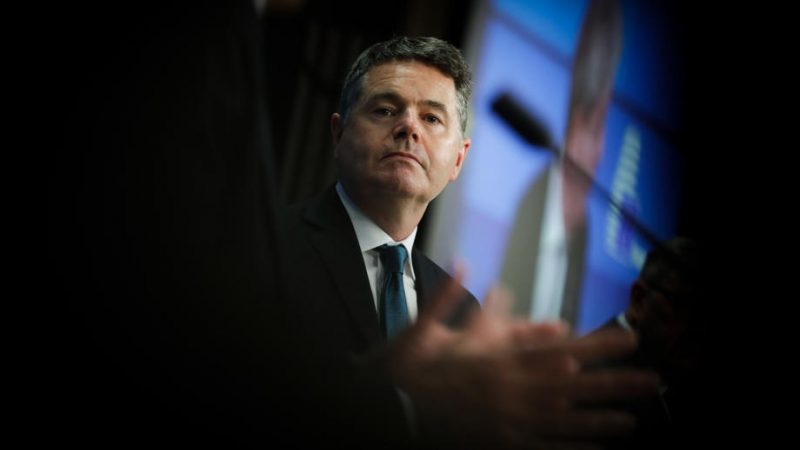 Ireland’s Finance Minister Paschal Donohoe presented the country’s 2022 budget, outlining the government’s spending plans for the year. 2022 will see a ”remarkable rebound” in employment in Ireland, Donohoe said, forecasting a rise beyond its pre-pandemic level. “We are recovering”, he added.

Several measures unveiled still relate to the pandemic. The government will establish a €4 billion COVID-19 contingency fund if the health situation worsens again. Plans for a  30% income tax reduction for domestic bills for those continuing to work from home were also unveiled.

Health is another area that will see a spending rise in 2022, with the recruitment of 8,000 additional healthcare workers and the provision of free contraception for young women among measures.

Tackling climate change was also on the agenda with the announcement of a carbon tax increase and the extension of a scheme designed to incentivise the use of electric vehicles. “The science is unambiguous, and the world is burning”, Donohoe said.

Initial reactions from lawmakers were mixed. Neasa Hourigan of the Green Party praised the budget’s €31 million package on women’s health as “really progressive” and told RTÉ that she was pleased to see increased investment in mental health care.

Some elements of the plan, however, were not as popular among opposition parties. In particular, an announced €5 increase in weekly social welfare payments drew criticism from several lawmakers.

Mairéad Farrell, from opposition party Sinn Féin accused the government of “trolling us” in its pledge to tackle the cost of living and Róisín Shorthall of the Social Democrats told RTÉ that the budget provided little help for people in this regard and was “quite disappointing” overall.