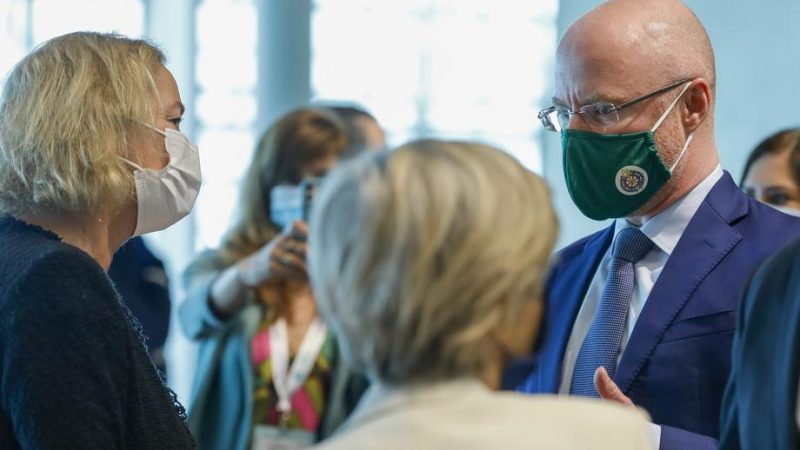 Stephen Donnelly said it would ultimately be for parents to decide whether or not their child should receive the vaccine. [EPA-EFE/JULIEN WARNAND]

Ireland’s COVID-19 vaccination programme is to be extended, with boosters offered to older and vulnerable people and vaccines to children, amid government concerns about the potential for reinfection and more cases among young people.

Pharmacists may offer a booster shot alongside the annual flu jab to older people as early as September or October under the latest plans. Nursing home residents, the over-80s and frontline healthcare workers would first be offered the booster shots in the autumn and winter months.

People aged 16 and 17 were on Tuesday invited to register for their vaccines, and some have already been offered appointments before the end of this week. The cabinet also agreed to extend COVID-19 inoculations to children aged between 12 and 15, who could start receiving appointments as early as next week.

Stephen Donnelly said it would ultimately be for parents to decide whether or not their child should receive the vaccine.

“What I would encourage parents to do is to ignore social media misinformation. There is a lot of nonsense out there, a lot of scaremongering out there,” he said.

One response to “Irish health minister: Booster COVID-19 shots to be available in autumn”