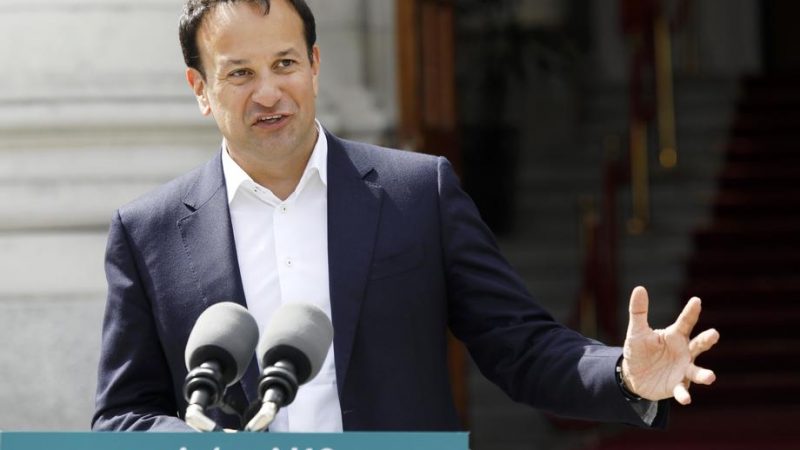 Speaking to politicians from his party, Fine Gael, on Tuesday, Varadkar said he hoped that nearly all legal restrictions would be removed by 31 March. [EPA-EFE/Photocall Ireland]

Irish officials signalled the potential end points for the COVID-19 restrictions currently in place on Tuesday, with Tánaiste Leo Varadkar voicing hope that almost all limits could be lifted by the end of March.

A range of restrictions remain in Ireland following the surge of cases caused by the Omicron variant in December. Currently, bars, restaurants and similar indoor venues have an 8 pm closing time and require proof of vaccination for access. Attendance at events, from weddings to large concerts, is also capped.

These restrictions are set to remain in place until 30 January, but Health Minister Stephen Donnelly indicated Tuesday that the government might opt to lift certain restrictions before this date.

“I think it’s likely that measures will come in before the end of the month”, he told broadcaster RTÉ, suggesting that some of the limits on the hospitality sector could be removed this weekend, depending on the conclusions of a meeting of the National Public Health Emergency Team, scheduled for Thursday.

Speaking to politicians from his party, Fine Gael, on Tuesday, Varadkar said he hoped that nearly all legal restrictions would be removed by 31 March, the scheduled expiry date of the legislation that grants the government the power to implement emergency health measures during the pandemic.

The legislation has the possibility of renewal for a further three months, but Donnelly said he hoped this would not be necessary.

Some measures, such as wearing masks in crowds, might need to continue, Varadkar also said, adding that he hoped that others, including the use of the EU Digital Covid Certificate (EUDCC) or equivalent, would no longer be in place.

However, the EUDCC will not be updated to include a record of people’s booster shots for use in domestic venues, Minister for Public Procurement and eGovernment Ossian Smyth told RTÉ on Tuesday. Moving forward, vaccine passes should not become a fixture in sectors such as hospitality, he added.