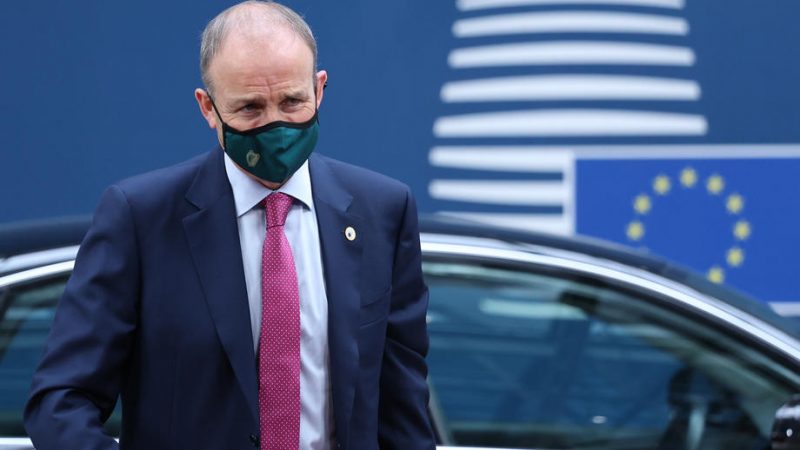 The PM also noted that he had met with European Commission Vice-President Maroš Šefčovič the previous evening and had a “very good comprehensive discussion.” [EPA-EFE/ARIS OIKONOMOU]

This comes after DUP leader Jeffrey Donaldson said in a speech on Thursday that his party would bring down the Stormont institutions “within weeks” and force an election if changes were not made to the protocol in its current form.

“We are totally opposed to the protocol as it presently exists. We will neither accept it nor will we work with it,” he said just days after UK Brexit minister David Frost said the UK would not “sweep away” the agreement.

Responding to Donaldson’s comments later that day, Martin said that Europe was in “solution mode”, but that the DUP’s announcement posed “new challenges”.

The PM also noted that he had met with European Commission Vice-President Maroš Šefčovič the previous evening and had a “very good comprehensive discussion.”

Šefčovič, who makes his first visit to Northern Ireland this week, has already stated that the EU has no intention of renegotiating the protocol.

“Let’s focus on the issues which are the most important for the people of Northern Ireland, let’s be constructive, let’s dial down the political rhetoric, let’s bring calm and focus on what is our task to accomplish,” he said.