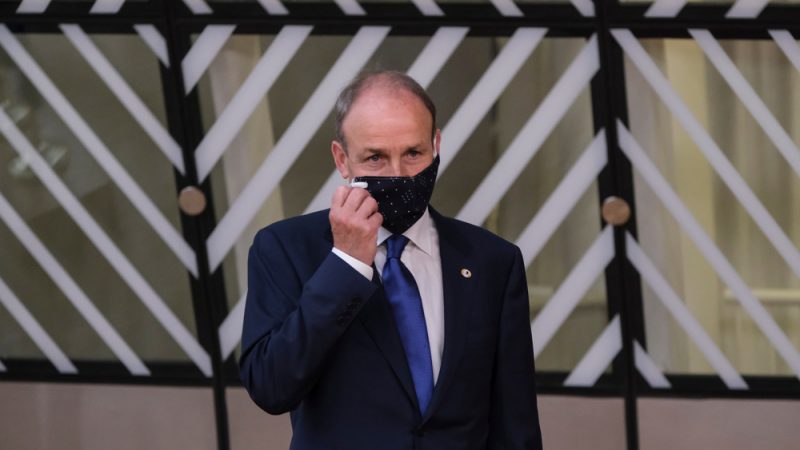 Under the bill, which was introduced on Tuesday (17 May), perpetrators of Troubles-era violence would be granted immunity from prosecution if they cooperate with a proposed Commission for Reconciliation and Information Recovery, tasked with investigating events and compiling an official history of the period.  [Shutterstock/Alexandros Michailidis]

Irish Taoiseach Micheál Martin has called on the UK government not to act unilaterally as it published a bill which would put in place a statute of limitations on certain crimes committed during the Troubles.

Under the bill, which was introduced on Tuesday (17 May), perpetrators of Troubles-era violence would be granted immunity from prosecution if they cooperate with a proposed Commission for Reconciliation and Information Recovery, tasked with investigating events and compiling an official history of the period.

Brandon Lewis, the UK’s Secretary of State for Northern Ireland, has said that the current justice system regarding crimes committed during the Troubles is failing. The plan does not include automatic access to immunity, he added.

Instead, “immunity will be provided to individuals who cooperate, which provides the best route to give victims and their families answers they have sought for years as well as giving our veterans the certainty they deserve,” he also said.

Speaking on Tuesday, in commemoration of the 48th anniversary of the Dublin and Monaghan bombings, which saw four car bombs kill 33 people in Ireland, Martin warned that London’s decision marked a “unilateral departure” from the Stormont House Agreement.

The British-Irish deal, signed in 2014, focuses on the legacy of the conflict and does not include an amnesty or immunity provision.

This departure “is not welcome”,  said Martin, adding that he did not believe “any serious effort was made, or has been made, to implement Stormont House at all.”

The decision to introduce the bill, which was first proposed last year, Martin said, appears to have been made “in the context of domestic party political agenda, as opposed to the broader issues.”

He also called for the UK to work with the Irish government and political parties in Northern Ireland on the issue and urged “serious and credible engagement” with victims, who he said were “very clear: they want no amnesty. They want full accountability.”

His comments echoed those of Mary Lou McDonald, leader of Ireland’s largest opposition party Sinn Féin, who described the UK as acting “akin to a rogue state” by proceeding with what she described as an “amnesty for their troops.”