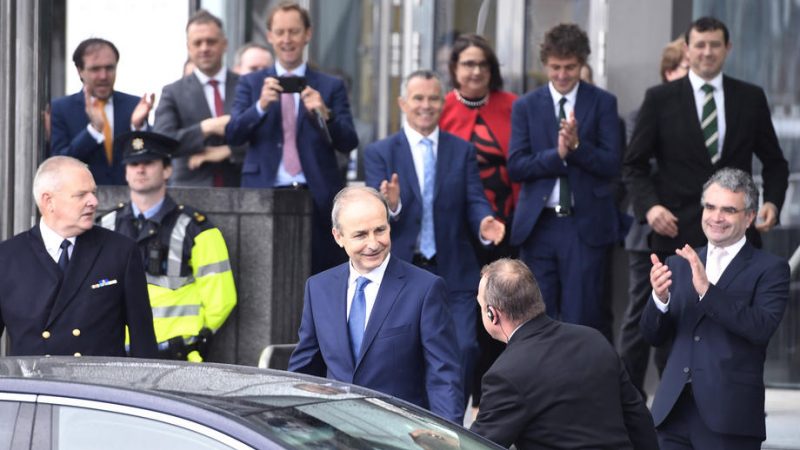 Politicians from Ireland’s leading parties, Fianna Fáil, Fine Gael, and Sinn Féin, have said they support the principle of a simple majority determining the result of any vote on a United Ireland.

Members from Fianna Fáil and Fine Gael stressed however that any future border poll should strive for a much larger majority than 50%. Sinn Féin’s Eoin Ó Broin insisted that if there is a majority “most people will accept the outcome” once there is a “thoughtful” and “evidenced-based debate”.

Their remarks came after Labour Party general secretary Jack O’Connor raised concerns on such an outcome.

“It is imperative that we, who are informed by the legacy of [1916 leader James] Connolly, intervene to counsel against any proposition that a vibrant sustainable democracy can be constructed on the basis of a sectarian headcount, most especially one which results in a ‘50% plus one’ conclusion,” he said.

“Such a result would present the very real danger of a reversal into the ‘carnival of reaction’, which he correctly predicted would accompany partition, to the power of 10,” O’Connor added.

However, according to Fianna Fáil TD Jim O’Callaghan, “Bunreacht na hEireann, the British Constitution and the Good Friday Agreement are all clear on what is required for change to take place in the constitutional position of Northern Ireland.”

“They all provide and require that this change will and can only take place if the majority of people in Northern Ireland make that decision. None of those fundamental legal documents require a weighted majority. In fact, such a requirement would be contrary to our constitution and the British constitution,” he added.

O’Callaghan concluded that “it should be the desire and intention of all people who seek unity to try to ensure that there is as large a majority of people in Northern Ireland as possible who would support establishing a new unified country.”