Irish protest UK proposals for handling legacy of the Troubles 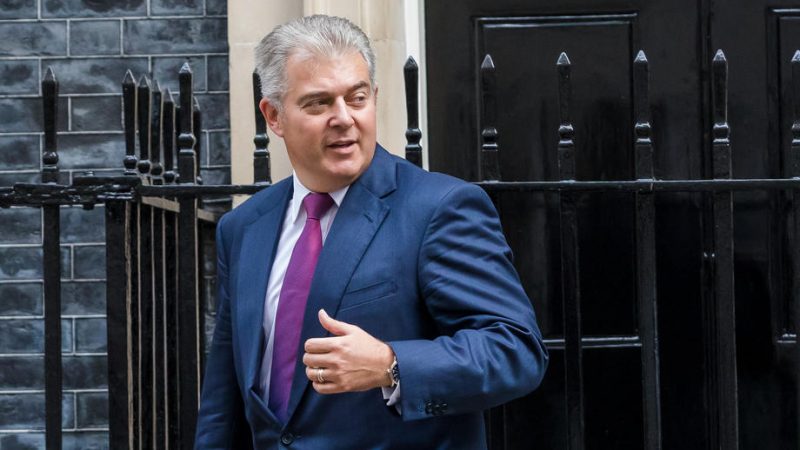 Upon their announcement, the plans were rejected by all of Northern Ireland’s political parties, as well as by the Irish government and many campaign groups. [EPA-EFE/VICKIE FLORES]

Protests were held across Ireland this weekend in opposition to the plans unveiled by the British government’s Northern Ireland secretary, Brandon Lewis. Plans announced earlier this year would set in place a statute of limitations on criminal prosecutions concerning Troubles-related incidents that occurred before April 1998, including legacy inquests and civil actions.

Many of the potential cases that would be prevented concern killings involving members of the British army and police. The announcement followed the collapse of several high-profile murder trials of former soldiers.

UK Prime Minister Boris Johnson described the proposals as a chance for Northern Ireland to “draw a line” under the Troubles. The government had been under pressure, often from within its own ranks, to push back against such prosecutions.

Upon their announcement, the plans were rejected by all of Northern Ireland’s political parties and the Irish government and many campaign groups.

Irish Foreign Minister Simon Coveney accused the British government of reneging on previous agreements and said they would need to explain “how their proposals could fully comply with their European Convention on Human Rights and other legal and international human rights obligations.”

The Time for Truth Campaign, which staged a national day of action on Saturday with demonstrations around the country, described the British government’s plans as an effort to “bury its war crimes in Ireland and protect war criminals.”