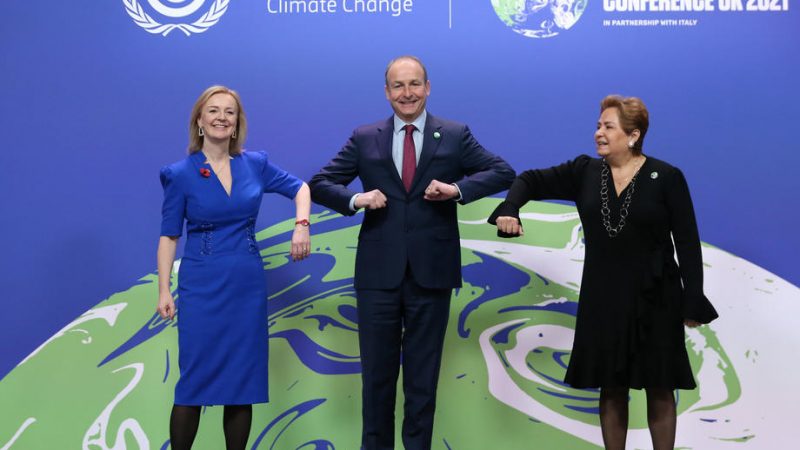 It is “imperative” that the world responds to climate change, Ireland’s Taoiseach Micheál Martin told reporters at the COP26 summit in Glasgow. [EPA-EFE / ROBERT PERRY]

It is “imperative” that the world responds to climate change, Ireland’s Taoiseach Micheál Martin told reporters at the COP26 summit in Glasgow. He added that carrying on with current action at a national or global level would not be economically sustainable due to the impact of weather events caused by climate change.

A carbon tax, he said, would be key, and would provide valuable resources for governments to invest back into society.

“I don’t see why people would be against cleaner oceans, cleaner water, fresher air and a healthier lifestyle, and that’s actually what we can develop”, he said.

He also sought to defend Ireland’s climate record. The government is due to publish its Climate Action Plan, which will set out a course for cutting carbon emissions.

Martin confirmed that Ireland will double its contribution to the global climate finance fund, bringing it to €225 million by 2025.

However, Finance Minister Paschal Donohoe told RTÉ that he would not be putting more pressure on the US to take action against climate change, as US Treasury Secretary Janet Yellen arrived in Dublin for talks.