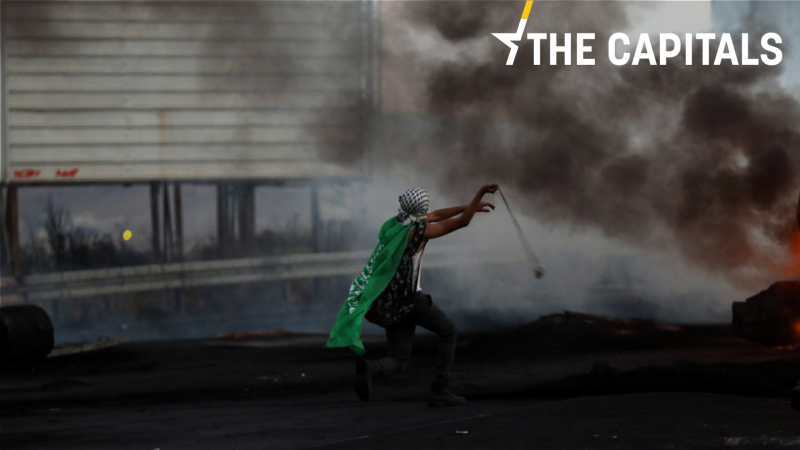 EU foreign ministers will hold an extraordinary videoconference on Tuesday in search of a common position. [EPA-EFE/ALAA BADARNEH]

The EU has so far been hesitant to show support for either side in the ongoing Israel-Palestine conflict for fear of jeopardising the peace process. EU foreign ministers will hold an extraordinary videoconference on Tuesday (18 May) in search of a common position.

Germany, Austria and Slovenia have so far openly backed Israel’s right to defend itself. In Czechia, upon President Milos Zeman’s orders, the Israeli flag is flying over the seat of the Czech presidency.

In Vienna, Austrian Foreign Minister Schallenberg stated that “Austria stands behind Israel” and that there should “never be neutrality in the face of terror.”

Some of Austria’s leading political observers believe the move could damage Austria’s reputation as a neutral country and conflict mediator.

After the Austrian chancellery and foreign ministry raised the Israeli flag on Friday to show support in the recent escalation in the Middle East conflict, Iranian Foreign Minister Mohammed Javad Zarif cancelled his planned visit to Vienna, where he was supposed to attend negotiations on the Iran Nuclear Deal on Saturday.

Iran’s chief negotiator for the deal, Seyed Abbas Araghchi, said on Twitter that Austria has so far been “a great host for the negotiations,” but described the raising of the Israeli flag over government buildings as “shocking and painful.”

Several pro-Palestinian demonstrations were disbanded in France and Germany over the weekend. In Paris, Reuters reported that the gathering was banned by police and at the request of Interior Minister Gerald Darmanin, with authorities citing fears the protest could turn violent.

German Foreign Minister Heiko Maas called for a three-stage plan to de-escalate the Gaza conflict, which would include “one: a stop to the rocket terror, two: an end to the violence and three: the return to talks about concrete confidence-building steps between Israelis and Palestinians and a two-state solution”.

Green chancellor candidate Annalena Baerbock called for greater commitment from the government and the sending of mediators to the region.

Šefik Džaferović, Bosniak member of BiH’s tripartite presidency, reacted to the tweet. “Bosnia and Herzegovina does not support the murders of innocent civilians in Gaza committed by Israeli military forces”, he said.

Džaferović called for a ceasefire and urged the Israeli PM to give his contribution to “establishing the peace for the people of Palestine and Israel.”

The Sarajevo City Administration displayed the Palestinian flag on its landmark City Hall, as a sign of solidarity with “all innocent victims and their families,” according to mayor Benjamina Karić. The Serb entity Republika Srpska (RS) showed it was standing with Israel with its main institution in Banja Luka, the second-largest city in the country, displaying the flag of Israel.

“BiH supports a solution that includes both states and deems that only talks can lead to a solution and permanent peace. Also, we support the international initiatives that could help in stopping the latest wave of violence,” Foreign Minister Bisera Turković said on Sunday, adding that “no violence leads to permanent peace and stability”.

In Pristina, the government said Israel has a right to defend itself against rockets fired at civilians by Hamas.

“As every state Israel has the right and the obligation to defend its people against 2000+ rockets fired at civilians only by Hamas, who is holding Palestinian civilians hostage in its war. We mourn all victims. We urge for refrain, stop of violence & seeking peaceful solutions,” Kosovo’s foreign ministry said in a statement posted on Twitter.

Kosovo and Israel established diplomatic ties in February of this year, following Israel’s recognition of the Western Balkan country that situated its embassy in Jerusalem.

A march organised by the Collective for Feminist Thought and Action was held in Pristina on Friday, with demonstrators voicing support for the Palestinian people following the recent violence in the Middle East.