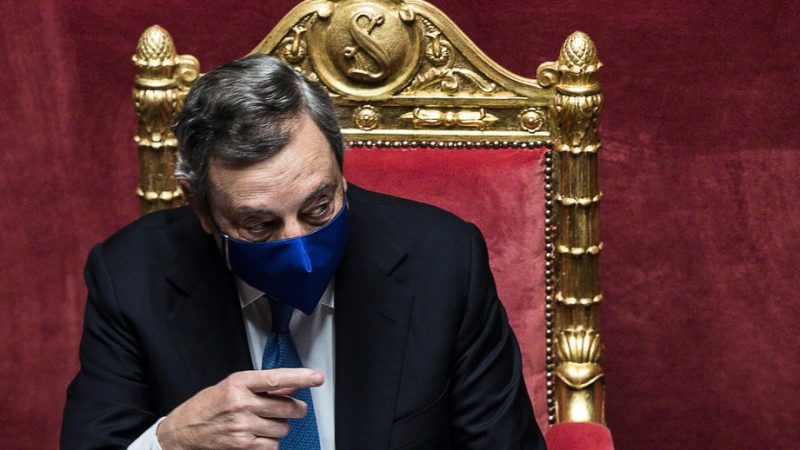 After a three-hour meeting, the Italian government headed by Mario Draghi announced the measures that will be introduced in the 2022 budget law. [EPA-EFE / ANGELO CARCONI]

After a three-hour meeting, the Italian government headed by Mario Draghi announced the measures that will be introduced in the 2022 budget law on Thursday.

The result is a 94-page document that allocates €30 billion for a long list of measures.

The introduction of a sugar and plastic tax has been postponed to 2023, while the VAT on menstrual products, which were previously taxed as a luxury product, has been lowered to 10%.

On top of that, €1.8 billion is allocated to buy COVID vaccines and €124 billion to run the country’s healthcare system in 2022 alone. The fund for equal gender pay was significantly raised to €52 million, and ten-day minimum paternity leave was also confirmed.

Pension reform proved to be the thorniest issue for the government, which clashed with unions and members of the ruling coalition on whether to renew previous pension policies. Under the compromise reached by the government, workers over 64 will be allowed to retire if they have paid at least 38 years of contributory pension. €200 million was allocated for this measure for 2022, 2023 and 2024, but the precise methods of disbursement are yet to be specified.

The new budget law also revisited its basic income policy: now, the cheques granted to people who qualify for national basic income will be progressively lowered, with the intent of encouraging recipients to re-enter the job market. Requirements to benefit from the policy will also be tightened. €1 billion euros has been earmarked for this subsidy for the next eight years.

While €70 million has been made available to run employment centres, an additional €20 million will be dedicated to “activities related to the implementation of active labour policies” in favour of so-called NEETS – young people who are neither employed nor studying.