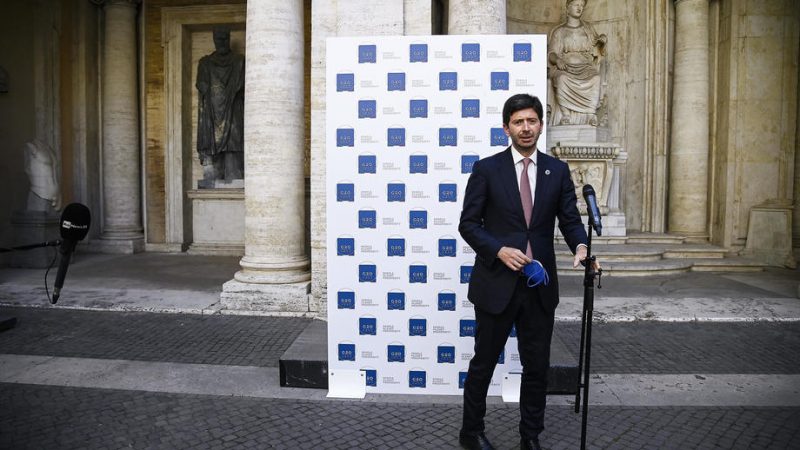 Italian Health Minister Roberto Speranza opened up the possibility of extending the current state of emergency that was first introduced on 31 January 2020. [EPA-EFE / Riccardo Antimiani]

In an interview on national TV Rai3, Italian Health Minister Roberto Speranza opened up the possibility of extending the current state of emergency that was first introduced on 31 January 2020, and is currently set to expire on 31 December.

However, as the country witnessed a slight rise in COVID-19 cases due to the Delta variant and the vaccination campaign is still ongoing, the government is considering extending it until the end of March 2022, alongside measures such as mandatory health passes for workers.

Since the beginning of the pandemic, these powers were used to introduce mask-wearing and social distancing mandates, to encourage companies to make their employees work from home and to limit travel between specific countries. The state of emergency also allowed a special commission to purchase vaccines and medicines.

To extend it past January 2022, the decision would have to be approved by the Italian parliament – where it will most likely be subject to an intense battle among the parties in the ruling coalition, who have different positions on how the pandemic should be handled.