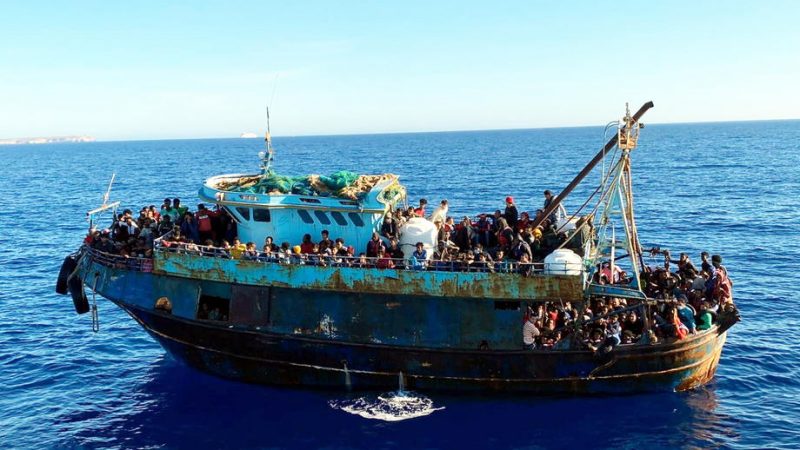 Italian minister: "It is necessary to carry out structural interventions in the management system of the phenomenon within the European Union." [EPA-EFE/ANSA]

Italian Interior Minister Luciana Lamorgese has called for EU help with tackling migration flows, saying that it is necessary “to carry out structural interventions in the management system of the phenomenon within the European Union.”

The EU must active “concrete and solid solidarity mechanisms, including emergency ones, on the model of those envisaged in Malta in 2019, as well as a shared strategy for the fight against human traffickers and the fight against trafficking and illegal immigration,” Lamorgese said via video link during the conference on the management of migratory flows in Lisbon, organised by the Portuguese EU Council Presidency on Tuesday (11 May).

“A constructive dialogue with African partners” is needed, she added. Migration has returned to centre stage in Italian politics after the recent landing of immigrants on the island of Lampedusa.

The topic was also addressed by the Undersecretary for European Affairs Enzo Amendola, during the General Affairs Council in Brussels. Amendola wished that “while the negotiations on a new pact on migration and asylum continue, an urgent response to the landings in progress will be given, in the sign of European solidarity. The Italian maritime border is a European border”.

The EU strategy, according to Home Affairs Commissioner Ylva Johansson, is to avoid migrants leaving their respective countries rather than organising a rescue mission at sea: “We must improve the living conditions and the protection of people who for example they are in Libya, fighting against traffickers and continuing to support voluntary returns to their countries of origin”, Johansson said.

The European Commission is currently responsible for coordinating the relocation of migrants involved in search and rescue operations, but not for those who have disembarked independently on the Italian coasts. From 2018 to the present day, only 1,273 have been transferred from Italy to other countries, of approximately 80,000 that have arrived on Italian shores. (Daniele Lettig |EURACTIV.it)