Italian parliament’s president: next president needs to be of ‘high morality’ 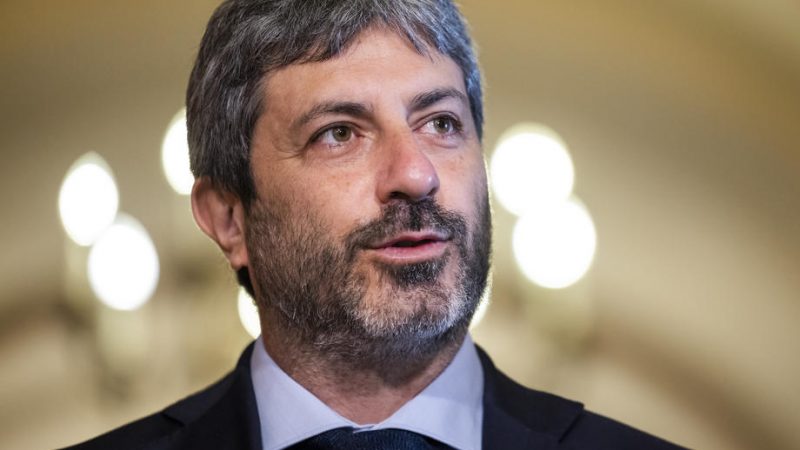 Roberto Fico, President of the Chamber of Deputies of the Republic of Italy. [EPA-EFE/JIM LO SCALZO]

The next president has to be a “profile of high morality, adhering to our Constitution, principles and strong values, which can represent Italy in all its aspects” the Italian Chamber of Deputies’ President Roberto Fico told Rai3 on Sunday.

Fico hopes that all parties will show responsibility and opt for a name that can find general agreement among all political positions. He also put his statement into context, saying, “today that responsibility is even higher, because we are in an overt emergency, and we must be able to do everything that our people need.”

The two Italian chambers, the Chamber of Deputies and the Senate, and the regions’ representatives will elect Sergio Mattarella’s successor from 24 January.

The president needs two-thirds of the vote from the Chamber of Deputies, the Senate, and representatives from the Italian regions to be elected. Voting sessions will continue until someone is elected, the parliament’s president said.

Fico is confident that parties will find a compromise before 3 February, the day Mattarella’s mandate officially comes to an end.

Italy’s president has significant powers, including electing one-third of the Constitutional Court’s judges, calling for new elections, and promulgating all laws.

In parallel, the Chamber of Deputies is looking into how the vote will be carried out to ensure COVID-19 measures and democratic principles are respected.

“People tested positive cannot vote under the current law, we had a conference of group leaders where this issue was raised, and we have another one tomorrow (17 January) as well. The investigation continues. This decision does not involve any violation of procedural or constitutional rules,” Fico also said on Sunday.

One response to “Italian parliament’s president: next president needs to be of ‘high morality’”