Italian PM calls for prison system to be reformed 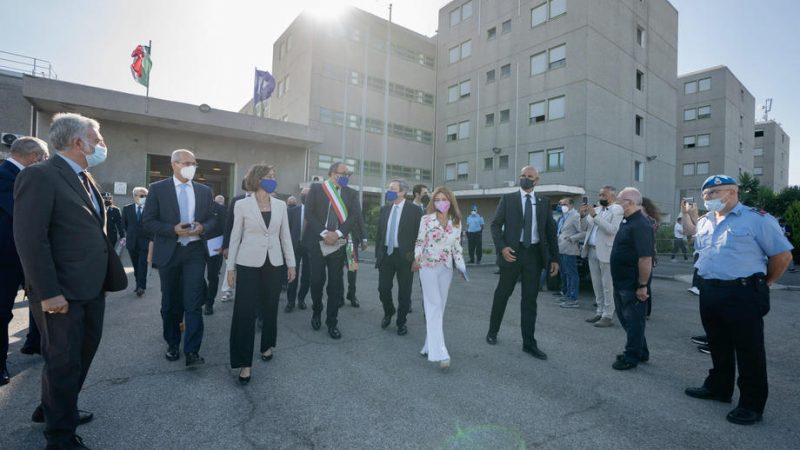 It was the first-ever prison visit by an Italian prime minister. [EPA-EFE/FILIPPO ATTILI]

Italian Prime Minister Mario Draghi and Justice Minister Marta Cartabia visited the prison of Santa Maria Capua Vetere in Campania on Wednesday, which was rocked by violence in April 2020.

It was the first time an Italian prime minister paid a visit to a prison. The prison saw violence in 2020, with allegations of mistreatment of detainees by the prison police reported by the newspaper Domani.

Draghi and Cartabia visited various arms of the prison, and had talks with some of the prisoners, with some asking the head of government for a “pardon.”

The PM then highlighted that “the collective responsibility” for the violence, is that “of a system that must be reformed.”

“Detention must be recovery, rehabilitation. Prisons must be communities. And we must protect, in particular, the rights of the youngest and of the detained mothers,” he said.

“Italy has been condemned twice by the European Court of Human Rights for prison overcrowding. There are thousands more detainees than the beds available. These numbers are improving, but they are still unacceptable,” added Draghi.

Beyond the violence in Santa Maria Capua Vetere, the Italian prisons have been marked by the problem of overcrowding for years. A slight decrease (from over 60,000 to 53,000) was recorded in the transition from 2020 to 2021, but the numbers remain high, making Italian prisons the most crowded in Europe.