Italian PM: Euro 2020 final should not be in a country with growing COVID-19 cases 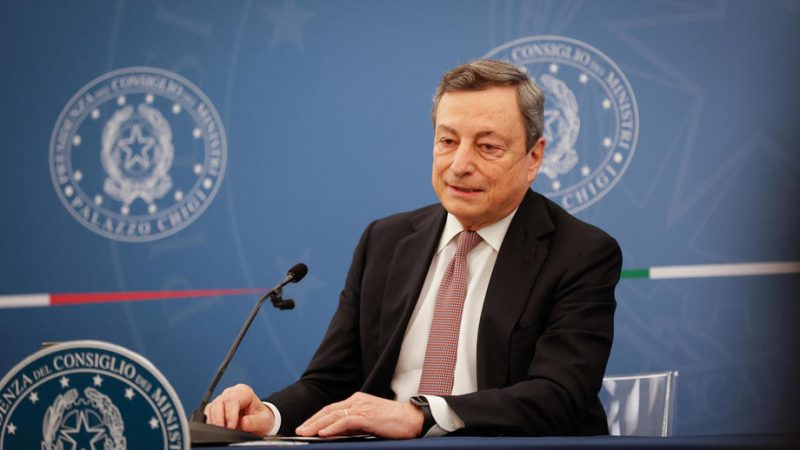 Munich has also been given as an option to host the final, although Budapest has been ruled out due to tensions between Viktor Orbán and the Brussels institutions. [EPA-EFE/GIUSEPPE LAMI]

Italian Prime Minister Mario Draghi said in response to a question from a German journalist during a press conference at the end of his meeting with Chancellor Angela Merkel in Berlin on Monday that he “will make sure that the European [football] final does not take place in countries where the contagion is growing.”

Draghi’s comment came after the sudden increase in COVID-19 cases in the UK caused by the spread of the Delta variant, and could see Rome as a possible alternative to host the European championship. The Italian government said it is ready to increase the capacity of the Olympic stadium – where three matches have been played so far – to 50% from the current 25%.

Munich has also been given as an option to host the final, although Budapest has been ruled out due to tensions between Viktor Orbán and the Brussels institutions.

In any case, for now the UEFA, which organises the tournament, has denied planning to move the final: “UEFA, the [English] Federation and the English authorities are working closely together successfully to organise the semi-finals and the Euro final at Wembley and there are no plans to change the venue for those matches”, the organisation wrote in a note.

Even the British government, consulted by Ansa, said it is fully committed “to ensure that the finals can be held at Wembley [stadium in London] as planned, in conditions of health safety for all”.

Furthermore, relations between Boris Johnson’s government and UEFA have been good since the UK prime minister threatened English clubs with severe sanctions for joining the European Super League in May.

In the meantime, the Italian national team will fly to London on Saturday to play the round 16 match against Austria.