Italian PM on Brexit: the agreements must be maintained 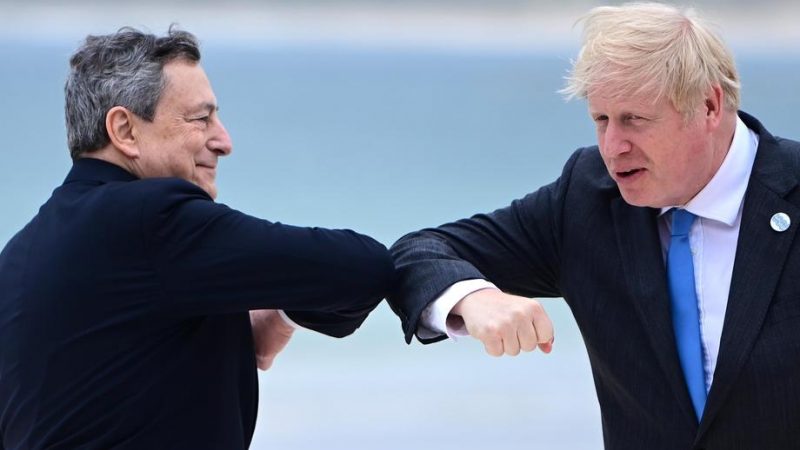 Draghi then explained that "the dominant political theme" of the summit "was what attitude the G7 should have towards China. [EPA-EFE/NEIL]

Italian Prime Minister Mario Draghi said at the final press conference of the G7 summit in Cornwall on Sunday that in the negotiations between the EU and the UK “agreements are agreements and must be kept.”

Draghi said that US President Joe Biden’s comment that he was a “staunch supporter of the European Union had changed the way Johnson understood how the US looked at the bloc, “a very big difference compared to the previous presidency”.

Draghi then explained that “the dominant political theme” of the summit “was what attitude the G7 should have towards China and in general of all autocracies.”

He specified regimes “which pollute information, interfere in electoral processes, use disinformation as an aggressive technique, they use social media, stop planes in flight, kidnap, kill, do not respect human rights, use forced labour. All these issues of resentment against autocracies have been touched upon and shared”.  (Daniele Lettig | EURACTIV.it)