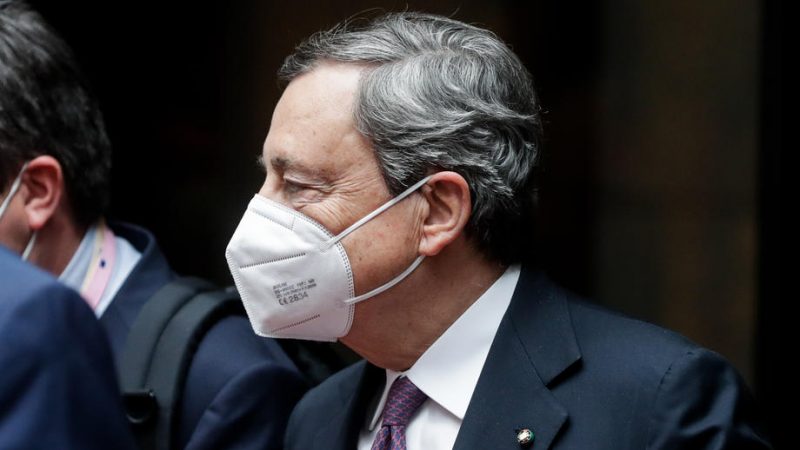 According to the PM, "pure voluntarism has proven to be ineffective", noting that “the images of dead children on Libya's beaches are unacceptable. We need solidarity, not indifference”.  [EPA-EFE/STEPHANIE LECOCQ]

The management of migrants attempting to reach Europe by sea must be “balanced, humane and effective,” Italian Prime Minister Mario Draghi told journalists on Tuesday at the end of the European Council summit.

The task must be taken on not only by Italy but by the entire European Union, with “a subset of countries that help each other” in managing migration, as opposed to an obligation to relocate migrants within the bloc, Draghi said.

According to the PM, “pure voluntarism has proven to be ineffective”, noting that “the images of dead children on Libya’s beaches are unacceptable. We need solidarity, not indifference”.

The mechanism will commit “a pool of member states” for at least one year to participate in the relocation of migrants according to a numerical threshold based on the size of the search and rescue operations in which a country is involved.

However, the matter has been postponed until the EU Council summit in June, to which Draghi said that “until then at least, we will do it alone” and that “France and Germany are aware of the migratory problem.”

French President Emmanuel Macron said: “I would be lying if I said that in June we will resolve the whole package. The disagreements are still too deep.”  (Daniele Lettig | EURACTIV.it)