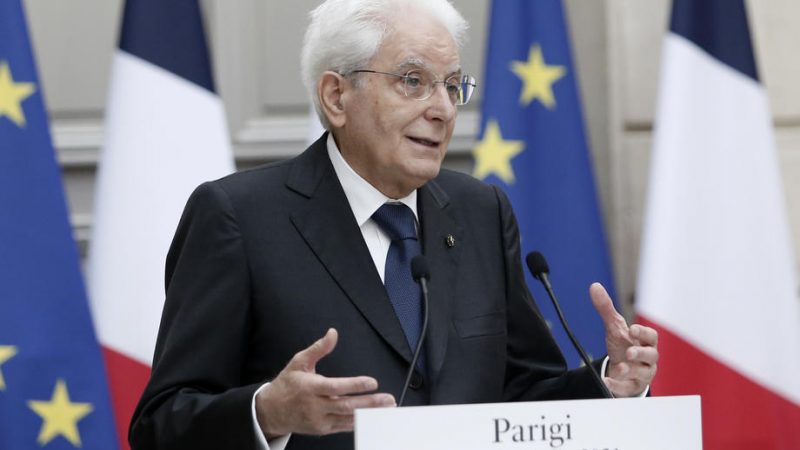 “In Italy, someone has the illusion that it is possible to put the no entry sign from Africa.” [EPA-EFE/LEWIS JOLY]

Italian President Sergio Mattarella met with his French counterpart Emmanuel Macron on Monday in Paris where they discussed the topic of migration.

“In Italy, someone has the illusion that it is possible to put the no entry sign from Africa,” Mattarella said, launching an attack on proposals by the Italian right to stem the flow of migrants, such as a naval blockade or the closure of the borders, which he said were illusory.

He also implicitly criticised Visegrad countries and warned Europe of its responsibility to adopt an immigration and asylum policy “up to the values ​​that are at the basis of the European integration project.” That constituted “a primary objective for the stability and cohesion of the Union itself,” Mattarella said.

“The inability to give an adequate, effective and common response to the question, is a threat to the European conscience. Europa needs a welcome strategy – sustainable but concrete – in tune with the complex challenges of today”, he added.