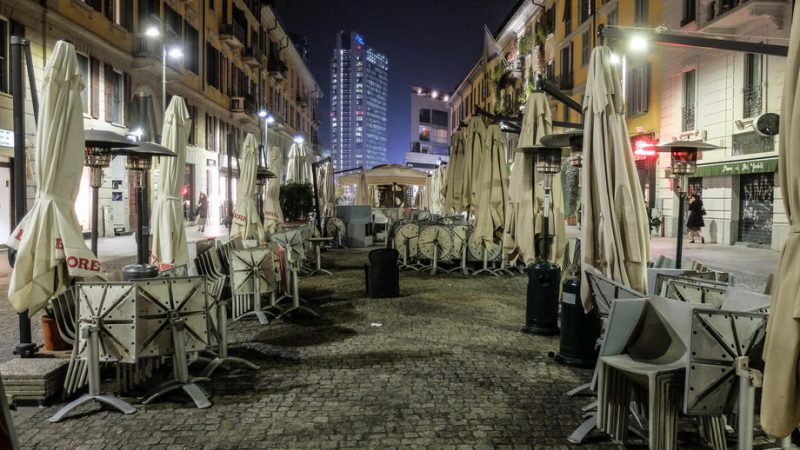 The semi-desert center of Milan during the second wave of the Covid-19 Coronavirus pandemic, in Milan, Italy, 05 November 2020. [EPA-EFE/MATTEO CORNER]

Piedmont, Lombardy, Calabria and Valle d’Aosta, which happen to be the four Italian regions which have been classified as “red zones”, are requesting the government to provide clarification on the decision.

“Our epidemiological data does not justify our inclusion in the ‘red zone’, especially if compared to others in the same category”, he said.

The governors of Piedmont, Lombardy and Valle d’Aosta also criticised the government, asking for a simpler and more uniform system.

Health Minister Roberto Speranza responded, saying that the regions have been feeding data to the control room with three representatives indicated by the regions that has been monitoring the situation since May.

“So it is surreal that they choose to ignore the difficult situations in their territory, rather than taking their own responsibility. Now we need unity, not useless controversies,” he added.

Meanwhile, Italy recorded on Thursday another record as it registered 34,505 new daily cases of COVID-19. The death tally also rose by 445 to a total of 40,192 since the start of the pandemic.