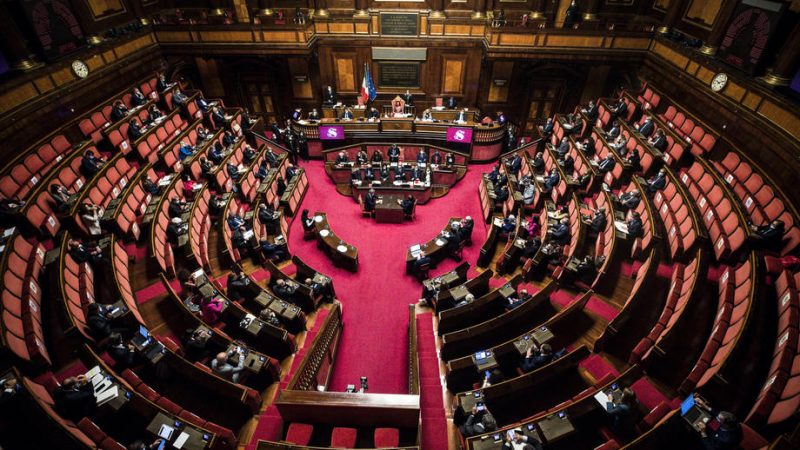 After months of debates, compromises and disinformation, a centre-right majority in the Italian Senate voted to block the parliamentary process on the so-called “Ddl Zan”. [EPA-EFE / ANGELO CARCONI]

After months of debates, compromises and disinformation, a centre-right majority in the Italian Senate voted to block the parliamentary process on the so-called “Ddl Zan”, a bill that would expand current anti-discrimination laws to protect women, disabled people and members of the LGBTQ+ community.

By blocking the process, the bill will effectively fall, leaving Italy as one of the few EU countries without a specific law to protect its citizens from misogynistic, ableist, homophobic and transphobic discrimination.

154 senators voted against examining the bill’s articles, 131 voted to discuss the bill, and two abstained.

Even before Wednesday’s (27 October) vote, the bill was crippled by the centre-left parties’ inability to find consensus on several aspects. They disagreed on several definitions such as “gender identity”, on establishing a National Day against homophobia, lesbophobia, biphobia and transphobia, and on a clause that would add a “freedom of speech” exemption.

The manoeuvre was carried out thanks to a bloc of votes from centre-right parties, but it was only able to succeed because several senators who theoretically do not belong to right-wing parties secretly voted against their parties’ position on the bill.

“It’s a bad day for those who believe and fight for the recognition of everybody’s rights. Not only because the law was rejected, but because the Senate decided that it could not even be discussed, which simultaneously humiliates a community that asked for answers and those who believe that institutions are the place to change things”, Democratic Party MP Giuditta Pini told EURACTIV.