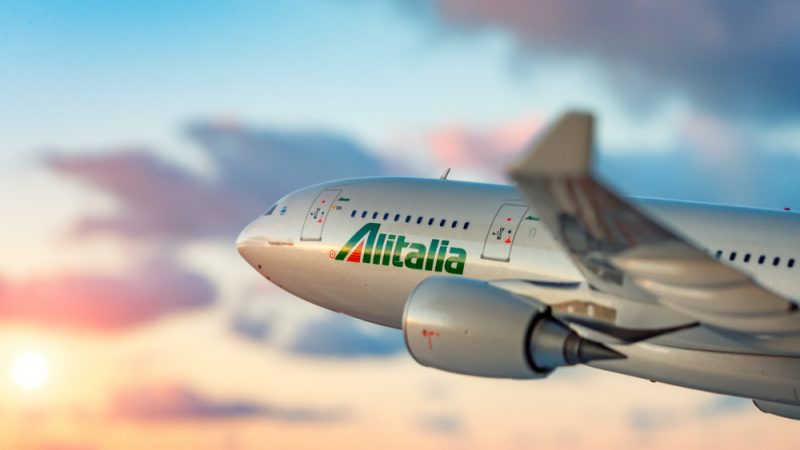 “Following intense and constructive discussions at all levels, the EU Commission and the Italian authorities have reached a common understanding on the key parameters to guarantee economic discontinuity” between the new company Ita and Alitalia, the statement read. [Shutterstock/ Yaya Photos]

The European Commission and the Italian government have reached an agreement for the relaunch of Italy’s national carrier Alitalia, the EU executive announced Wednesday at the end of a meeting between Competition Commissioner Margrethe Vestager and Italy’s finance and economic development ministers, Daniele Franco and Giancarlo Giorgetti.

“Following intense and constructive discussions at all levels, the EU Commission and the Italian authorities have reached a common understanding on the key parameters to guarantee economic discontinuity” between the new company Ita and Alitalia, the statement read.

“The Commission supports Italy’s efforts to prepare as soon as possible the launch of Ita as a new and vital market player in line with EU regulations,” and in view of finalising the agreement, contacts between Brussels and Rome “will now continue at full speed at a technical level,” it added.

Commission sources said the agreement provides that the part relating to aviation will be transferred to Ita in a reduced form, “with less than half the current fleet” and a “significant cut” in personnel.

The company should therefore have about 60 aircraft and 5,000 employees, down from a current 11,000. In addition, the handling and maintenance parts, as well as the Alitalia brand, will have to be put in a tender in which the new company can participate.

If Italy promptly presents a road map to conclude the technical steps, the decision “will arrive in time to allow Ita to leave as soon as it is ready”, the Commission added.

Now “the technical path for the birth of a sustainable company begins” because “the government wants it to be born in conditions of economic sustainability, demonstrating that it can stay on the market”, said Giorgetti.

The new carrier “will have to be operational on as soon as possible, reasonably in August. We have a duty to guarantee operations in the summer season,” he added.

Before the meeting with Vestager, Franco told the Italian parliament that the ultimate goal “is to give back to Italy a national air transport carrier, capable of ensuring internal and outside connections, guaranteeing the development of operations and employment, and operating at conditions of profitability, such as to generate an economic return for the public shareholder”.

In the meantime, the country’s air transport unions have criticised the fact that they found out about the company’s fate “only through the media” and have already announced a strike for 18 June. (Daniele Lettig | EURACTIV.it)