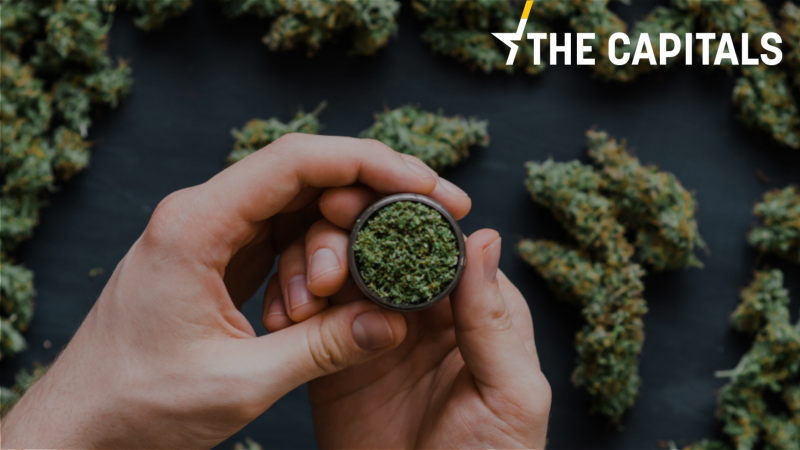 The referendum would amend a 1990 law that makes selling weed punishable with two to six months of prison and owning weed for personal use punishable with the suspension of one’s driver’s license. [Shutterstock/Dmytro Tyshchenko]

A referendum aiming to decriminalise growing and consuming cannabis in Italy has been signed by more than 420,000 people in just four days. At the current pace, it is set to reach the 500,000 signatures it needs to be considered valid much earlier than the 30 September deadline.

The referendum seeks to amend a 1990 law that makes selling weed punishable with two to six months of prison and owning weed for personal use punishable with the suspension of one’s driver’s license.

“This success is explained by factors”, Italy Giuseppe Civati, founder of Possibile, a progressive party that is promoting the referendum alongside many other associations and movements, told EURACTIV.

“From a technical point of view, setting the referendum up and signing it has become much easier thanks to the introduction of digital signatures, which seriously cut organisation costs,” he said.

From a political point of view, he added, the cannabis issue is now mature.

“There are around a million cannabis consumers in Italy. The people who use it are not the kind of marginalised members of society as right-wing parties describe them, and many parts of the United States have made it legal through referenda too”.

According to Civati, the recent progress in pushing forward referenda is deeply rooted in the notorious stillness of Italian politics when it comes to issues that challenge norms around morality.

“National politics has long been completely static on subjects that are considered taboo in a purely electoral logic, and the current government – including everyone from left to right – doesn’t help”, he said. “Therefore, citizens are left to fend for themselves”.

Italy has made some of its most progressive steps, such as the legalisation of divorce and abortion, thanks to referendums. Italian citizens are now re-discovering the referendum as a means to put on the political agenda issues that the parliament rarely manages to handle.

In August, a much-awaited referendum to make euthanasia legal in the country reached the 500,000-signature threshold, and it’s now at over 700,000.

The process was significantly simplified by the recent introduction of digital signatures, a type of qualified electronic signature that guarantees its authenticity and uniqueness. The referendum to legalise cannabis, for instance, can only be signed digitally for the time being.

Among the EU member states, Portugal, the Czech Republic and Estonia have decriminalised the use of cannabis. Decriminalising cannabis was also proposed earlier this week by Finland’s Green party, triggering the strong reaction of other major parties.