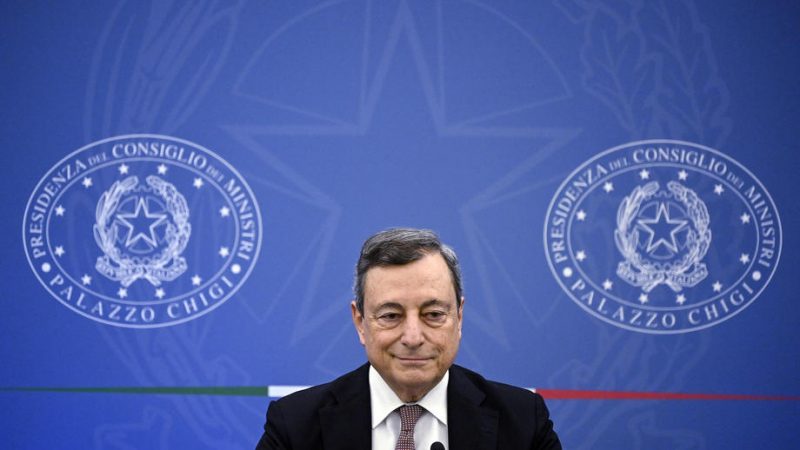 The extracted gas would be eventually used “to substitute existing gas imports and not to increase reliance on gas”, Draghi pointed out. “There is no turning back,” he added, referring to the need to make room for renewables. [EPA-EFE/RICCARDO ANTIMIANI]

The government is considering adopting a new military package by decree that would allow it to send heavier weapons to Ukraine.

The package, evaluated by military experts, would involve tracked troop transport vehicles, such as M113, with anti-aircraft missiles Sidam-25, and PzH2000, newspaper Corriere della Sera reported on Sunday (24 April) despite the topic of arms supplies being classified information.

If adopted, this would be the third decree issued by the Italian government that aims to give arms to Ukraine. Under the first decree, the government sent military equipment, including Stinger missiles, to Kyiv. The second one, which should be licensed soon, is almost identical.

Like the governments of Denmark and Spain, Italy seems eager to send more heavy weapons to Ukraine. However, according to recent polls, half of Italians (48%) would prefer not to send arms to Ukraine, and only 29% of respondents agree with sending weapons.

“Italy has stood by us very clearly amid the war between Russia and Ukraine, and I am grateful to the Italian government, the Italian people and Premier Mario Draghi. We are waiting for him here,” Ukrainian President Volodymyr Zelenskyy said.