Italy named The Economist‘s country of the year 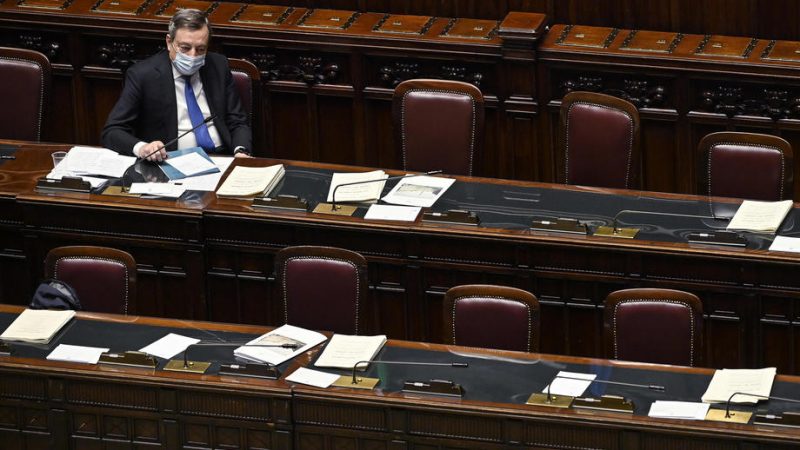 Under the leadership of Prime Minister Mario Draghi, Italy has been named 2021’s country of the year by The Economist. [EPA-EFE / RICCARDO ANTIMIANI]

Under the leadership of Prime Minister Mario Draghi, Italy has been named 2021’s country of the year by The Economist. The paper praised his reforms and leadership qualities but feared that if he were to become president he “may be succeeded by a less competent prime minister”.

According to The Economist’s journalists, Draghi is a respected and competent PM, and the government is doing well in implementing the national recovery plan.

“For once, a broad majority of its politicians buried their differences to back a programme of thoroughgoing reform that should mean Italy gets the funds to which it is entitled under the EU’s post-pandemic recovery plan,” writes the media.

According to government data published Thursday, some 47.7 million people or 88.37% of the population aged 12 and above have already received at least one dose, with about 46 million or 85.17% having completed the full vaccination cycle. So far, about 13 million people or 63.98% of those eligible for the booster shot have received it.

The number of people vaccinated is also expected to grow from Thursday as Italy makes the Pfizer/BioNTech vaccine available for children in the 6-11 age group.

“Vaccination percentages are among the highest in Europe. After a challenging 2020, its economy is recovering faster in comparison with France and Germany,” said the paper.

In early 2022, the Chamber of Deputies and the Senate will elect the next president, and Draghi remains a potential option.