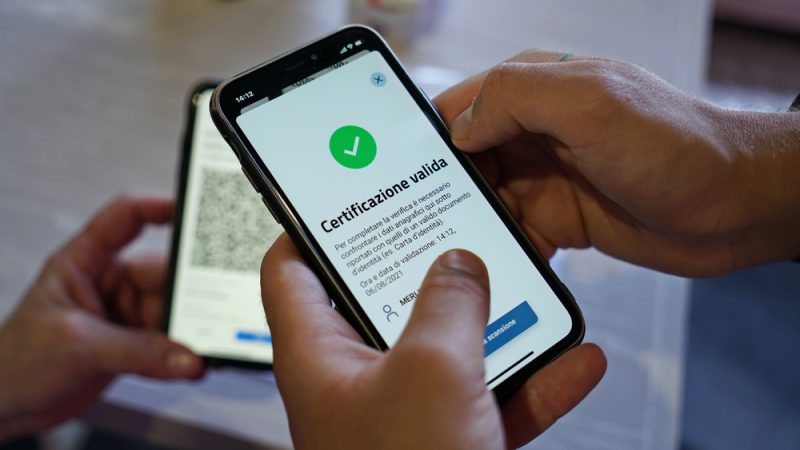 Both Health Minister Alexandru Rafila and Prime Minister Nicolae Ciuca have advocated for the necessity to introduce a green pass for workers in Romania. [Shutterstock/MikeDotta]

The number of people vaccinated with at least one dose has seen a substantial increase in the past few days, reaching 87.2% among people over 12. The surge comes after the government announced the introduction of a ‘super COVID pass’.

The announcement of the Omicron variant in Italy and the opportunity to get a booster five months after completing the full vaccination cycle may have impacted the increase in figures.

On Saturday, 247,000 people got a jab, a significant rise compared to 151,000 the previous Saturday. The number of people getting the first dose also increased by 40%. “Data is encouraging. On Friday, we reached a record of third doses, and we expect further substantial growth for next week,” said Health Minister Roberto Speranza.

The country is in the middle of the fourth wave with a general increase in infections. On Monday, Italy recorded 7,975 new COVID-19 cases and 65 related deaths.

To stop the virus from spreading, the government has boosted its vaccination campaign. People aged 18-39 will be able to book an appointment to get a booster shot.

However, waiting lists for the shot have become long, with some lists full until January or February next year. Municipal teams are working to make more slots available and to re-open some vaccination centres.

From 6 December, the unvaccinated living in regions where cases are particularly high will only be able to leave the house for essential reasons and if they have a negative COVID-19 test no older than 48 hours.