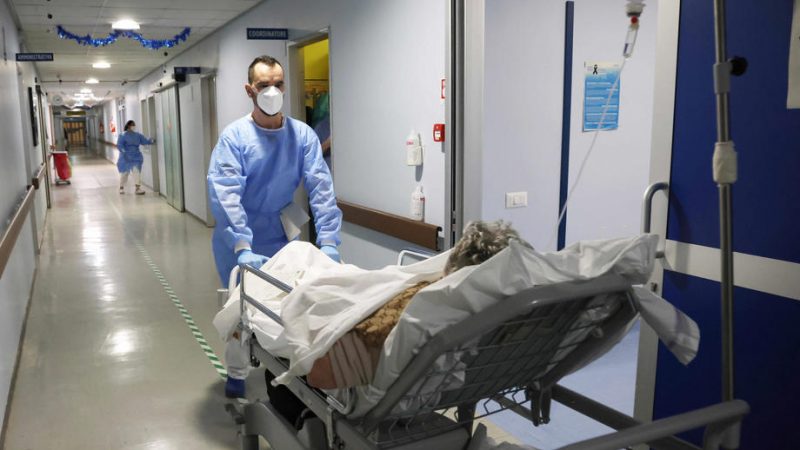 The positive rate for COVID-19 remains stable in Italy despite the sharp decline in cases for the third consecutive week, the Gimbe Foundation revealed on Thursday. [EPA-EFE/FILIPPO VENEZIA]

The positive rate for COVID-19 remains stable in Italy despite the sharp decline in cases for the third consecutive week, the Gimbe Foundation revealed on Thursday.

A total of 440,000 COVID-19 cases were registered in the week 9-15 February, a decline of 32.3% compared with the previous seven days. The foundation explains that such a drop can be caused by a slight decrease in virus circulation “which remains still high” and the 27.8% drop in people taking COVID-19 tests.

There was also a decline in COVID-19-related deaths, with 2,172 recorded in the past seven days – a 16.2% decrease compared to the previous week.

Hospitals are also less pressured than before: in the week from 9-15 February, patients dropped 14.9%, while ICU admissions went down 18.7%.

Approximately 5.1% of Italians and residents have not yet had the first dose of the vaccine. Two million of these will be eligible for a shot in the next six months after recovering from the virus.

Gimbe reported that 85.3% of the population still had one dose, while 82.4% completed the vaccination cycle. Around 85.7% of those with two doses have had a booster amid significant regional differences.

The foundation recommends the government should elaborate “strategies to reduce the impact of new waves after the summer”.

The GIMBE Foundation is a non-profit research and training organisation.