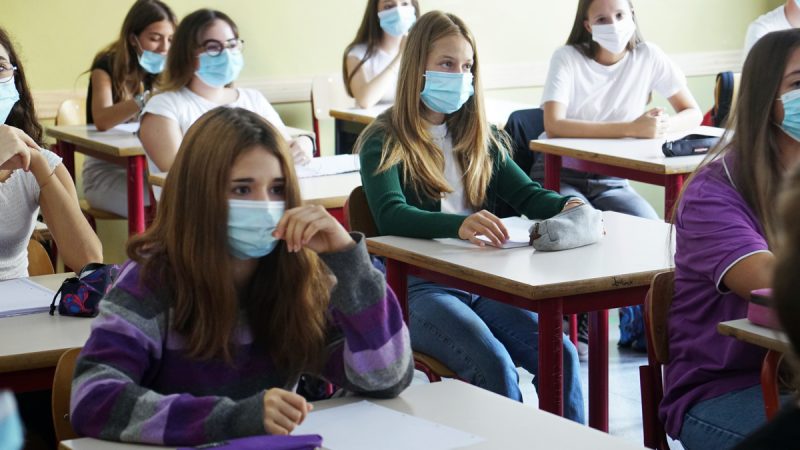 The government and the regions clashed over when students should return to school for in-person classes. [Shutterstock / MikeDotta]

A government source confirmed on Monday, the government intends to ensure the return of in-person classes despite the worrying increase in COVID-19 cases among the very young.

“Taking 20-30 days of breathing, would allow cooling the peak of contagion, which will have in January probably another boost, and to develop the most extensive vaccination campaign possible for the student population,” said De Luca.

Zaia, for his part, said “we will bring a proposal to the National Table of Regions that changes the rules regarding the duration of quarantine and who should do them, according to the vaccine situation.”

Paediatricians are worried, however, as one in four of last’s week COVID-19 cases affected people under 20. In the last month, 791 more people under 19 were hospitalised.

The president of the Italian Society of Paediatrics Annamaria Staiano presented the Italian Health Superior Institute’s report on this topic on 31 December, which calls the surge in cases among young people worrying. Vaccination of young people, in particular, has not yet taken off as only 340,000 first doses have been administered, compared to a total of 3 million children.