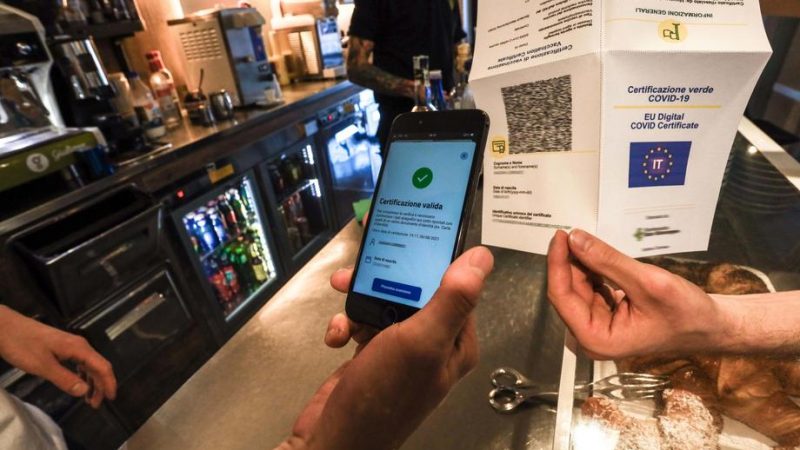 No other European countries have made a health pass mandatory for all public and private sector workers so far. [EPA-EFE/JESSICA PASQUALON]

“The vaccine is the only weapon we currently have against COVID, and we can only contain the infection by vaccinating a large majority of the population”, Regional Affairs Minister Mariastella Gelmini said. No other European country has made a health pass mandatory for all public and private sector workers so far.

Almost 73% of the Italian population has been vaccinated with one shot and 65% are fully vaccinated. Yet, the government is considering further measures to slow down the virus, as cases are on the rise again.

At a meeting on Thursday, ministers will consider making the EU COVID-19 certificate mandatory for civil servants as well as for people who work in indoor venues and on transportation. The possibility of including all other private sector workers and professionals is most likely going to create frictions within the government, since right-wing Lega party leader Matteo Salvini has repeatedly expressed his opposition to the idea.

The digital certificate is already mandatory to access means of transport such as planes, ships, ferries and long-distance trains, as well as to access indoor venues such as restaurants, concert halls and museums.

In addition, those working in schools, universities, and retirement are already required to have it.