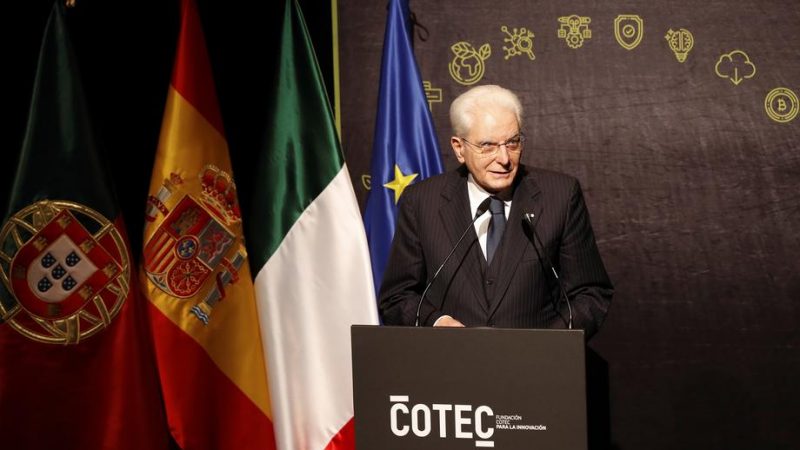 President Sergio Mattarella praised the role of science in the fight against COVID-19. [EPA-EFE / JORGE ZAPATA]

President Sergio Mattarella praised the role of science in the fight against COVID-19 on Monday on the occasion of the inauguration of the academic year at the Sapienza University of Rome.

“We are in a period of great changes; the society is permeated by the results of science. There are new unknown challenges, but also foreseeable. And the value of institutions and citizens’ responsibility must always be with us,” said Mattarella. “The period of underestimation of the value of science is over in our country,” he added.

In his speech, Matterella also made a direct reference to the next presidential election.

To be elected, the president needs two-thirds of the vote from the Chamber of Deputies and the Senate.

Once elected, the president has significant powers, including electing one-third of the Constitutional Court’s judges, calling for new elections, and promulgating all laws.

To date, there has never been a female Italian president.

For the next mandate, possible names include Marta Cartabia, the current Justice Minister and emeritus president of the Constitutional Court, the two ex-Prime Ministers Giuliano Amato and Romano Prodi, Gianni Letta, journalist and politician who is very close to Silvio Berlusconi, and Pier Ferdinando Casini, ex-president of the Italian Chamber of Deputies.

At the moment, the Mario Draghi option seems to have been put aside, as his role as Prime Minister in this delicate moment for the National Recovery Plan’s implementation is particularly appreciated by Brussels.