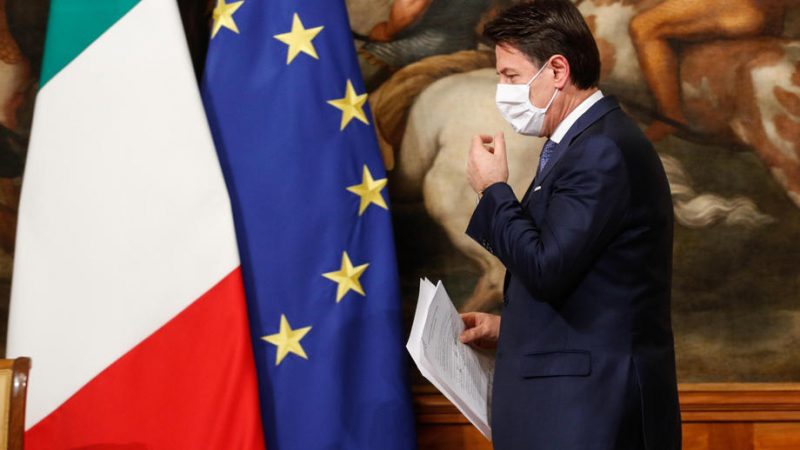 The plan was being discussed during the Council of Ministers meeting, but discussions were halted after Interior Minister Luciana Lamorgese had tested positive for COVID-19. [EPA-EFE/GIUSEPPE LAMI]

The Italian draft Recovery Plan, which is still to be approved by the Council of Ministers, will allocate €196 billion to six areas, including €74.3 billion to green initiatives.

Of these funds, €48.7 billion will go towards digitalisation and innovation, €74.3 billion to the green revolution and ecologic transition, €27.7 billion to sustainable mobility and infrastructures, €19.2 billion to education and research, €17.1 billion to gender equality and €9 billion to healthcare.

The plan will have a political guide, chaired by Prime Minister Giuseppe Conte, Economy Minister Roberto Gualtieri and Economic Development Minister Stefano Patuanelli. For each mission there will be a manager and a cabinet of experts on the various sectors.

The plan was being discussed during the Council of Ministers meeting, but discussions were halted after Interior Minister Luciana Lamorgese had tested positive for COVID-19.

Lamorgese tested positive for the virus during one of the routine tests that ministers undergo every 10 days. While Justice Minister Alfonso Bonafede and Foreign Affairs Minister Luigi Di Maio went into self-isolation because they were seated next to Lamorgese, every other minister who attended the meeting will be tested.