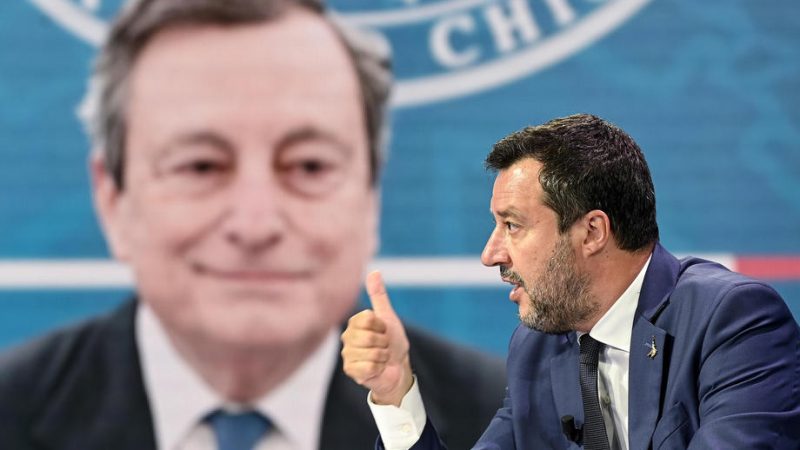 League mentioned disagreements over methods and content. According to Salvini, the ministers disagreed with the tax increases contained in the bill [EPA-EFE/RICCARDO ANTIMIANI]

League mentioned disagreements over methods and content. According to Salvini, the ministers disagreed with the tax increases contained in the bill and were only provided with the bill’s text half an hour before the meeting.

The government still approved a framework for the measures it will adopt in the coming months. The bill, which the EU requires for Next Generation EU funding, is meant to reduce and simplify the current tax system and fight tax evasion.

Centre-left leader Enrico Letta called the rift “very serious and irresponsible”. “The tax reform is essential to get the money for the Recovery and Resilience Plan”, he told Italian newspaper Corriere della Sera.

Letta, who has just been elected for a seat in the Italian parliament and whose party, Partito Democratico, enjoyed a series of big wins in last weekend’s elections, also said he believes Salvini is picking a fight within the ruling coalition because of the League’s defeats.

Draghi sought to settle the disagreement, as he reportedly answered Salvini’s call to “clarify that it’s not the time to raise taxes”. “The government is committed not to make anybody pay more or less than they are paying now,” he said in a press statement.

Discussing the land registry revision, which for League is a particularly sensitive matter, Draghi said the revision “has very important statistical and important implications, but it absolutely won’t change the taxation on homes and land”.

Under the new reform, the cadastral mapping system would be updated to account for unregistered and illegal buildings, as well as properties that have been built on land that was marked for agricultural use. The text also introduces periodic updates of values ​​and rents and ad hoc regulations for properties of historical and artistic value.