Italy’s Salvini arrives in Poland to help with refugees 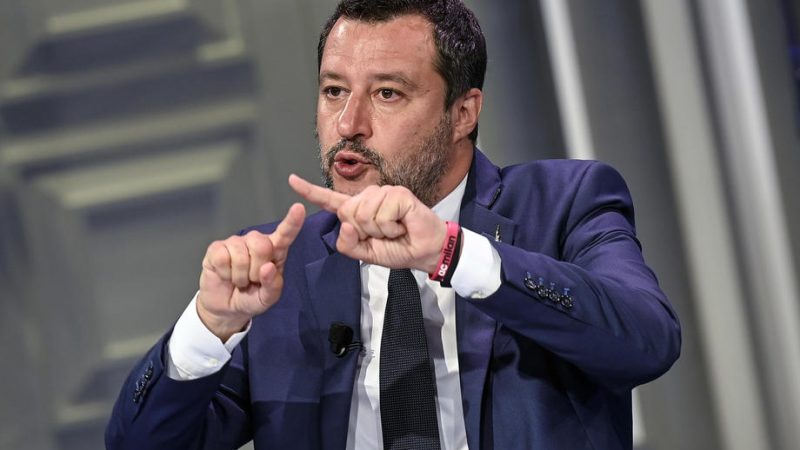 Salvini, who in the past praised Russian President Vladimir Putin, whom he met and took a picture of himself wearing a T-shirt with Putin’s face in Moscow, has condemned the Russian invasion of Ukraine, the Italian news agency ANSA reports. [ANSA/ EPA-EFE/RICCARDO ANTIMIANI]

Matteo Salvini, the leader of Italy’s right-wing League party and until now known as a strong supporter of Vladimir Putin, arrived in Poland Monday to take to Italy some of the Ukrainian refugees Poland received in recent days.

Salvini, who in the past praised Russian President Vladimir Putin, whom he met and took a picture of himself wearing a T-shirt with Putin’s face in Moscow, has condemned the Russian invasion of Ukraine, the Italian news agency ANSA reports.

Italy’s far-right leader now says he wants to help Ukrainian refugees and support the countries that accept them.

“I am in touch with various organisations, the aim is to bring over to Italy tens of women, widows and orphans,” the former Italian deputy prime minister has said as quoted by Polish public TVP broadcaster.

Asked whether Prime Minister Mateusz Morawiecki plans to meet Salvini, the government’s spokesman Piotr Müller, said he “knows nothing about the issue” and the prime minister has no meeting with Salvini in his work schedule.

Together with Salvini, three Italian MPs came to Poland within the framework of the delegation by the Organisation of Security and Cooperation in Europe (OSCE), which they said is an expression of support by the organisation for the country that is a victim of aggression.

They are grateful to Poland for “receiving real refugees that flee from war and not those, for instance, from Bangladesh,” said League’s Paolo Grimoldi, the delegation’s head.

The Italian delegation also called on Italy’s left wing to apologise to the Polish government for having accused it of lacking solidarity when Italy struggled with the large influx of migrants from Africa and the Middle East in the past.

Salvini will also visit Ukraine, marking a remarkable change in his political rhetoric towards Russian aggression on its Western neighbour. In 2014 the Italian politician supported the Russian annexation of Crimea that the Western governments recognised as illegal.