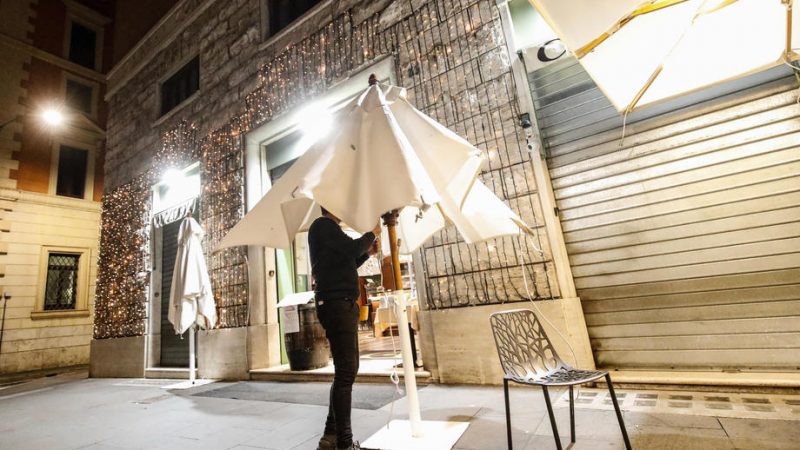 The new decree also provides for a more transparent mechanism to help activities hit by the lockdown measures. [EPA-EFE/Giuseppe Lami]

The current three-stage lockdown set to last until 3 December was issued to avoid generalised closures, Italian Prime Minister Giuseppe Conte has said, adding that “refusing the current system could only lead to a complete lockdown, which will not bring any benefit to citizens of the ‘red’ zones.”

“Those who accuse the government of discriminating based on the ‘political colour’ of regional administrations are acting in bad faith. There is no will to penalise certain areas in favour of others”, the prime minister added.

Conte also strongly denied the allegation that some regions may have altered data on new coronavirus infections, saying “it would mean to willingly put the lives of their citizens at risk, so I don’t even consider it.”

The new decree also provides for a more transparent mechanism to help activities hit by the lockdown measures, as well as funds for regions in case the situation were to deteriorate, the prime minister added. (Alessandro Follis | EURACTIV.it)