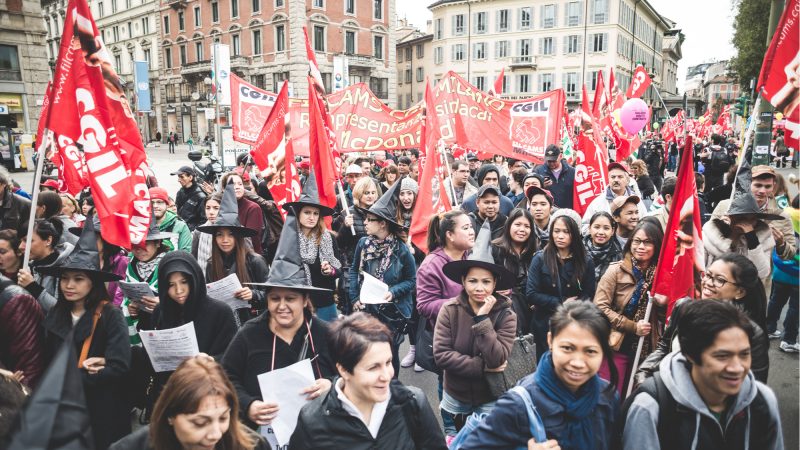 The document called Rome’s 2020 freeze on layoffs “not effective” and warned that if the measure continued, it could “prove counterproductive” because it would hinder “the necessary adjustment of the workforce.”

Italy “is the only state that has introduced the ban”, which mainly benefits “those with permanent contracts, to the detriment of temporary or seasonal ones,” the paper added.

According to the secretary of the left-wing CGIL trade union, Maurizio Landini, the Commission’s words are “a total lie” given that “the problem of our country is that there’s too much precariousness, not too little”.

His counterpart from the Catholic-inspired CISL union, Luigi Sbarra, said that the EU “does not know the reality of our country – we risk an avalanche of layoffs” and thus extending the freeze until October is a measure “of common sense and an act of responsibility”.

However, Labour Minister Andrea Orlando said that the technical document “is not an official evaluation of the European Commission but a study”, adding that he believes there to “be different evaluations” on this topic.

The Italian government “is discussing the gradualness with which to overcome the block” in order to avoid serious repercussions on employment, Orlando added. The Bank of Italy has predicted that once the freeze is lifted, the country would risk more than 570,000 layoffs.