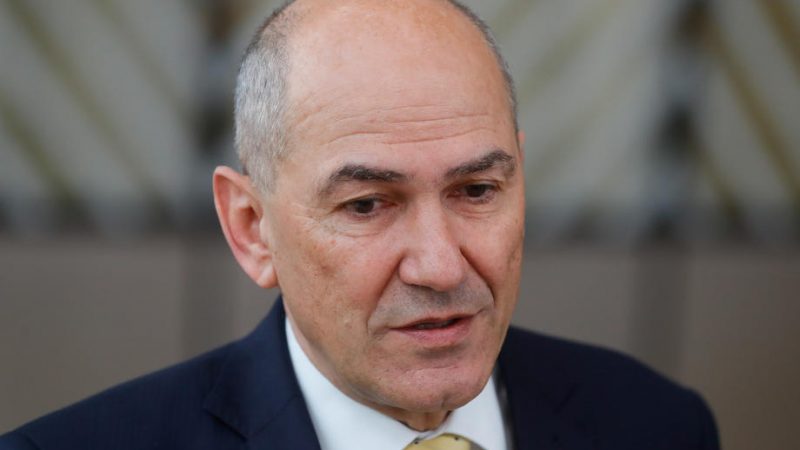 Janša described Golob’s Freedom Party as “pro-Russian,” backing his claims with alleged pro-Russian positions of the party’s backers that he said had an “anti-European, pro-Russian background”. [EPA-EFE/STEPHANIE LECOCQ]

Robert Golob, who defeated Prime Minister Janez Janša in the general election on Sunday, is “pro-Russian”, according to Janša who tweeted following foreign media reports about the election.

Janša described Golob’s Freedom Party as “pro-Russian,” backing his claims with alleged pro-Russian positions of the party’s backers that he said had an “anti-European, pro-Russian background”.

This included a photo of Ljubljana Mayor Zoran Janković, who endorsed Golob, receiving a medal from Russian President Vladimir Putin several years ago.

Janša also mentioned a statement made by Freedom Movement Vice-President Marta Kos in a 20 March interview. Kos said Slovenia was interested in having normal relations with Russia and that Janša’s policy helped Slovenia get closer to the US and drift from Russia.

Janša’s tweets came after he aired similar views on election day when he responded to a tweet by the European People’s Party (EPP).

This caused a stir when the conservative group said it was “worried about the possible Russian interference in the Slovenian elections, which is clearly a consequence of Slovenia’s firm & unequivocal support for Ukraine.” The EPP did not provide any clarification of its position.

Janša thanked the EPP as he noted that “powerful politicians, decorated by Putin’s medals, try to push Slovenia back to the Russian sphere of influence.” There is “a strong pro-Russian network in Slovenia with exceptional media, financial and political power. This network sets up a new political party before each election. This time it is called the Freedom Movement,” he added.

Hours after polls closed on Sunday (24 April), Janša congratulated Golob on his victory, saying the SDS was willing to work together for the common good of Slovenia.